California has 53 congressional districts, but only a handful with competitive midterm races (we’re talking about party-vs-party battles here, not intra-party ones). This means there are plenty of safe districts where a powerful incumbent (usually a Democrat) has to flick away a doomed challenger (usually a Republican or “independent”). Some of these longshots hail from typical pre-Congress fields such as law and business. Others are not quite so orthodox. Here’s a roundup of six of the more interesting Golden State Republicans—and one tea party independent—in the pretty much futile running. Then again: Cantor!

Stephen “Stephanie” Meade: An 88-year-old World War II veteran, Meade claims to be the first-ever transgender candidate for Congress. He is running as a self-described conservative Republican in the 51st, a heavily Democratic district flanking the US-Mexico border. Meade has no campaign website (and no non-copyrighted photos floating around), so what we know comes mostly from scattered local media reports. The San Diego Union-Tribune reports that he has been happily married to his wife for more than four decades, and hasn’t worn men’s clothes since he turned 80. He wants to lower the minimum wage to $5 and also to re-introduce the metric system. Without money, name recognition, or party endorsement, Meade isn’t likely to unseat the popular Democratic incumbent, Rep. Juan Vargas. Yet he did manage to win 31 percent of the primary vote.
Tinfoil hat rating: 4 out of 5. Metric system? This is America, man! 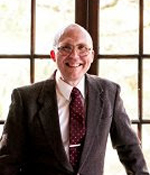 Dale K. Mensing: Mensing is a grocery clerk who wants to destroy Obamacare and replace fossil fuels with “wave energy.” The 56-year-old Republican and former small-town postmaster is running against Democratic incumbent Jared Huffman in the 2nd District, which stretches from San Francisco to the Oregon border. Mensing told a local TV station, “I saw a variety of attacks on the integrity of the Bill of Rights and I thought, somebody needs to defend the Bill of Rights, someone needs to defend freedom, and that fell upon me.” And then there’s this, from Mensing’s campaign statement: “I will work to prevent Common Core’s One World Order education concepts from dominating our area’s famed independent way of thinking.”
Tinfoil hat rating: 4 out of 5. And we’ll take paper, since plastic is about to be banned in California. 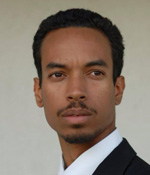 John Wood: Republican John Wood, a self-described writer, commentator, and musician, is running against longtime Democratic incumbent Maxine Waters in the 43rd District, which covers much of southern Los Angeles. He’s written for the Washington Times on the subject of being black and conservative: “Liberals can call white conservatives racist all day long for promoting policies of economic freedom, but they can’t call us that. Black Dems can try to call us Uncle Tom’s, but for the younger generation of black Republicans, those arrows don’t sting. Our blackness is wrapped up in our fiscal conservatism.”
Tinfoil hat rating: 2 out of 5, but we haven’t heard his music yet. 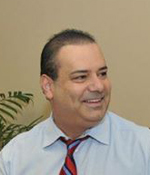 Adam Nick: This GOP candidate is a mystery. He advanced to the general election in the 46th District, a Democratic-leaning section of reliably Republican Orange County, but has no campaign website—it’s still under construction. His biggest online presence is a Facebook page left over from a Lake Forest, California, city council run in 2012. (That page says he’s a “local small business owner.”) The right-leaning OC Politics Blog smelled something fishy: It accused Nick of being a carpetbagger and suggested that Democrats planted him as a candidate to mess with the Republicans.
Tinfoil hat rating: N/A—too obscure. 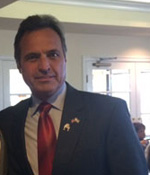 Mark Reed: This is Reed’s second bid for a seat representing the 30th District, which covers much of the San Fernando Valley. The 57-year-old businessman and “successful actor” has more bold-face endorsements than most lower-profile GOP candidates in California: In addition to the requisite local and state party officials, he’s got the backing of John Bolton, Sharron Angle, and actor Danny Trejo. In a district with a big bloc of Jewish voters, Reed has put forth a hard-line pro-Israel policy and questioned Democratic incumbent Brad Sherman’s support of Israel. He’s a bit off the mark, as Sherman, who is Jewish, is considered one of Israel’s staunchest allies in Congress and has a lengthy pro-Israel record.
Tinfoil hat rating: 2 out of 5. Hey, wait! John Bolton? Sharron Angle? Make that 5 out of 5. 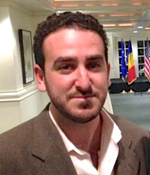 Adam King: Running in the heavily Democratic 37th District (West Los Angeles area), King faces an uphill battle against Democratic Rep. Karen Bass. But his campaign website makes the case that if Congress doesn’t work out, he could win the title of “World’s Most Interesting Man.” He’s an entrepreneur and community organizer who runs an Africa-focused education charity. He is fluent in ancient Hebrew, Latin, and Aramaic. He has traveled to “much of the civilized world”—creating ties in “controversial places” such as France and Turkey—and become “a unifier of peoples.” His website claims he cannot be bought: “Money and influence does not sway him from his ideal, which has won him the respect of many of the world’s most formidable leaders.”
Tinfoil hat rating: 2 out of 5. He does, after all, seem kind of interesting. 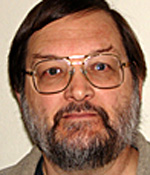 Ronald Kabat: A longtime tax accountant, Kabat is mounting his second run in the 20th District, which covers Monterey and Santa Cruz on the Central Coast. While officially running as an independent, Kabat has been a tea party member since 2009, according to the website Tea Party Cheer. There isn’t much press on him, and his chances of ousting 21-year incumbent Rep. Sam Farr are, well, zero. He does, however, have an awesome cartoon dog named Wilbur Woof to explain his positions. True to his profession, Kabat’s platform centers around reforming the tax code and lowering the national debt—he pledges to return 15 percent of his congressman’s salary to the Treasury. Tinfoil hat rating: 3 out of 5. Perhaps Woof would make a suitable representative? Woof for Congress!