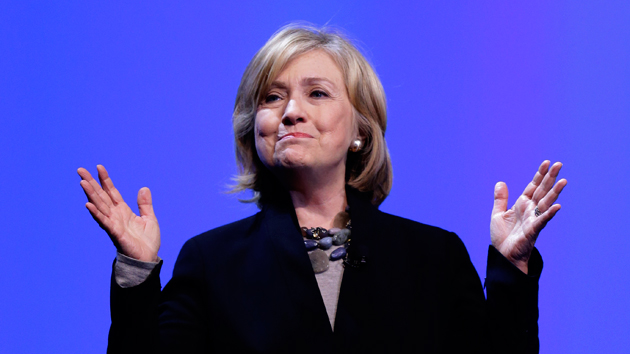 Jeb Bush isn’t the only likely presidential candidate with a brother problem.

Last month, the Department of Homeland Security’s inspector general revealed that an agency official had intervened in 2014 to help longtime Clinton ally Terry McAuliffe, now the governor of Virginia, obtain EB-5 visas (a steppingstone toward a green card) for employees of his electric-car company. Also named in the report was Tony Rodham, the youngest of Hillary Clinton’s two brothers, whose company McAuliffe enlisted to secure those visas.

The inspector general chided the DHS official who oversaw the visa program for pressuring his staff to process the request from Gulf Coast Funds Management, where Rodham serves as CEO, despite an “incomplete business plan, insufficient economic impact analysis, and lack of support for estimating direct employment.” Watergate it wasn’t—McAuliffe and Rodham had just asked for a favor. But for Hillary Clinton, the news may have evoked a familiar dread.

Hillary’s campaign-in-waiting has been mulling the question of how to handle her headline-grabbing husband—whose off-the-cuff remarks occasionally brought negative attention to her 2008 campaign—but the former secretary of state and her advisers also will have to look out for her brothers, Hugh and Tony, who have a history of embarrassing their sister.

As a former Clinton White House staffer once told the New York Times, ”You never wanted to hear their name come up in any context other than playing golf.”

The Rodham brothers have been involved with the Clinton political machine since the beginning. In 1974, they moved from Illinois to Fayetteville, Arkansas, to volunteer on Bill Clinton’s first congressional campaign. After Clinton lost, Hugh and Tony enrolled at the University of Arkansas. Hugh went on to become a public defender in Miami and helped develop the city’s first drug courts. Tony worked as a South Florida process-server. But after Bill and Hillary Clinton moved into the White House in 1993, the brothers were granted entrée to a whole different world. And they made the most of it.

In 1993, shortly before Clinton was sworn in, the Wall Street Journal reported that the Rodham brothers had been soliciting corporate donations for their own inaugural ball at the Mayflower Hotel. (Despite the controversy, they held the party.) Then, in 1994, Hugh decided to run for the Senate in Florida against Republican incumbent Connie Mack. But he struggled to defeat his Democratic primary opponent, a talk radio host who believed the government was covering up the truth about aliens and who accused Bill Clinton of pushing a Nazi agenda. Hugh got demolished in the general election.

Tony, meanwhile, landed a job as a field organizer with the Democratic National Committee and married Sen. Barbara Boxer’s daughter, Nicole. But he soon struck out on his own, launching a consulting firm. In 1997, he traveled with three business partners to Cambodia, where he met with newly installed dictator Hun Sen to discuss possible investments in the country. Hun Sen, who had come to power in a bloody coup, was gearing up for the upcoming election by intimidating his political opponents, and the US government had taken a hands-off approach to the regime. Rodham suggested that his visit might help the peace process and open up the nation to American business. “We came to see what fits here in Cambodia, and there are many fits,” he told reporters—speaking at a hotel, the Associated Press dryly noted, that was owned by a Cambodian businessman banned from doing business in the United States because of his alleged involvement in the drug trade.

A few years later, another embarrassing foreign adventure landed the Rodham brothers in the news. In 1999, Hugh and Tony entered into a $118 million joint venture to grow and export hazelnuts with Aslan Abashidze, a strongman in a semiautonomous region of the Republic of Georgia (who had allegedly murdered one of his top deputies in the early 1990s). Abashidze and the Rodhams weren’t just partners—Tony Rodham agreed to become the godfather to Abashidze’s grandsons. Abashidze interpreted his deal with the brothers as a de facto endorsement by the president himself, and he told reporters that the American branch of the hazelnut-importing business would be located “next to the White House.” This was news to the Clinton White House, which was allied with Abashidze’s rival, Georgian President Eduard Shevardnadze. Ultimately, the Rodhams called off the deal because of the controversy. Abashidze would later flee to Russia shortly before a Georgian court sentenced him to 15 years in prison for embezzlement.

The Rodhams continued to trade on their family connection. In 2000, Tony Rodham successfully lobbied President Clinton to pardon a Tennessee couple convicted of bank fraud, over the objections of the Justice Department. Tony insisted that he took up the couple’s cause pro bono. But congressional investigators later found the couple had paid him a $244,769 salary as a consultant. And Hugh Rodham was paid $434,000 to lobby—successfully—for pardons for a cocaine trafficker and a fraudster who peddled an anti-baldness treatment. (He later gave the money back.)

Hillary Clinton would hardly be the first presidential candidate dogged by family matters. Jimmy Carter’s brother, Billy, launched his own line of beer and signed on as a lobbyist for Libya. George W. Bush’s brother Neil toured East Asia with a Korean cult leader promoting a tunnel between Russia and Alaska. And FDR’s nephew, Tadd, became tabloid fodder after eloping with a Hungarian prostitute.

In recent years, the Rodham brothers have largely kept a low profile. But as the recent report by the inspector general of the Department of Homeland Security illustrated, their dealings could once again become a headache for their sister. The company Tony works for, Gulf Coast Funds Management, specializes in obtaining special visas for foreigners interested in doing business in the United States. The company is owned by a Virginia businessman named Charles Wang, who with Terry McAuliffe cofounded the electric-car company GreenTech automotive. According to Politico, Tony has worked to line up investors for the car company in China. Hugh Rodham is a partner in the Florida law firm Rodham & Fine. Neither of the Rodham brothers responded to interview requests.

“The Rodham boys need to be careful, is my advice to them,” another former first-family member from South Florida told the St. Petersburg Times in 1993. “Never assume that even after you’ve dotted every ‘i’ and crossed every ‘t’ that it’ll be perceived that way by friends or foe.” It was sound piece of advice from Jeb Bush.