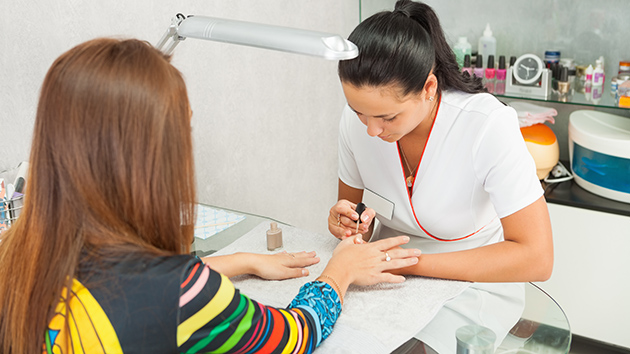 Scoring a cheap manicure or pedicure, particularly in New York, is incredibly easy. After all, nail salons abound on seemingly every other city block and thus keep prices low in order to compete. It all comes at a steep price, however. The New York Times has published an in-depth investigation looking into the disturbing culture of exploitation, racism, and low-wages salon workers endure throughout the New York region. Here are the most shocking bits:

Some workers are paid as little as $1.50 an hour. In Manhattan, where the average price for a manicure is $10.50, salons compensate for such low prices by severely underpaying workers and oftentimes hitting employees with surprise charges just to work there. On slow days, some worker aren’t even paid at all.

Among the hidden customs are how new manicurists get started. Most must hand over cash — usually $100 to $200, but sometimes much more — as a training fee. Weeks or months of work in a kind of unpaid apprenticeship follows.

Ms. Ren spent almost three months painting on pedicures and slathering feet with paraffin wax before one afternoon in the late summer when her boss drew her into a waxing room and told her she would finally be paid.

Race often determines how well a worker is paid.

Korean workers routinely earn twice as much as their peers, valued above others by the Korean owners who dominate the industry and who are often shockingly plain-spoken in their disparagement of workers of other backgrounds. Chinese workers occupy the next rung in the hierarchy; Hispanics and other non-Asians are at the bottom.

Many Korean owners are frank about their prejudices. “Spanish employees” are not as smart as Koreans, or as sanitary, said Mal Sung Noh, 68, who is known as Mary, at the front desk of Rose Nails, a salon she owns on the Upper East Side.

…the minichain of Long Island salons whose workers said they were not only underpaid but also kicked as they sat on pedicure stools, and verbally abused.

When investigators try to interview them, manicurists are frequently reluctant to cooperate, more so than in any other industry, according a Labor Department official involved who spoke on the condition of anonymity because the official was not permitted to talk with reporters. “It’s really the only industry we see that in,” the person said, explaining that it most likely indicated just how widespread exploitation is in nail salons. “They are totally running scared in this industry.”

In all, the story paints a deeply disturbing portrait of income inequality literally an arm’s length away. To read the investigation in its entirety, head to the Times.