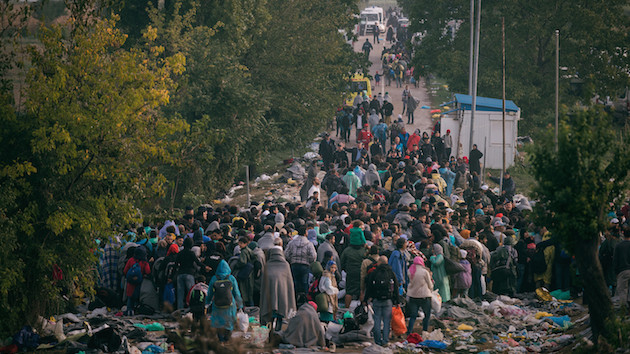 Information has been a lifeline for refugees on the route into Europe, with many of them trading updates and tips via WhatsApp while moving from country to country. But in Croatia this week, the information seemed to dry up.

“Where are we?” asked Mohammed, an elderly man from the Syrian city of Aleppo. He and three other men had just stepped off a bus in a cornfield near Šid, a town in northeastern Serbia, after a quick and confusing trip from Greece. They were a 15-minute walk from Croatia, the next step on their trip, but none of them had any clue what country they were in.

The refugee pipeline to northern Europe now whisks refugees past the former sites of demonstrations, tear gassings, and crushing backups. Those entering the European Union from Greece must still pay smugglers to make a dangerous, sometimes deadly trip from Turkey to one of the Greek islands nearby. But after a few days of waiting to board a ferry to Athens, newcomers travel on buses or trains straight from border to border—from Greece to Macedonia and Serbia and then into Croatia. The quick pace of that trip left Mohammed and his companions confused as to where they were or what would come next. The only thing Mohammed knew for sure was that he lacked money: Between the payment to smugglers and the 60 euros he spent for a seat on various buses, he was flat broke and worried he wouldn’t be able afford to leave whichever border he was now approaching.

Confusion reigned throughout the week as Croatian authorities struggled to keep up with the constant flow of refugees crossing from Serbia. On Monday, the police guided busload after busload of people onto trains, where Syrians, Afghans, and others leaned out of nearly every window, asking people nearby not for food or water—though there was one urgent request to a photographer for cigarettes—but for information on where the train was going. The police refused to tell anyone, particularly those on board. 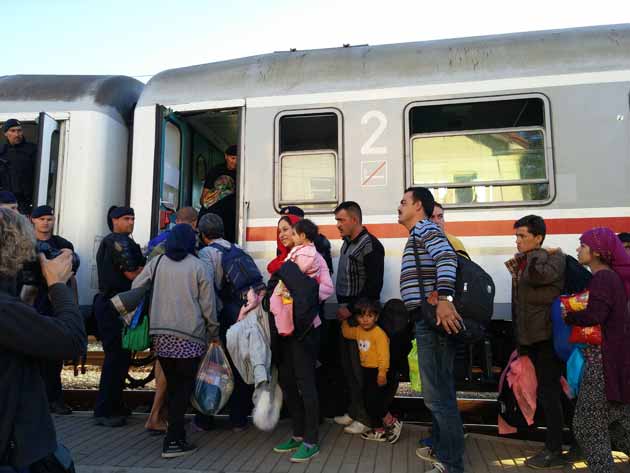 Two days later, the main crossing shifted to a narrow road near Bapska, Croatia, where about 1,000 refugees were backed up in front of edgy Croatian riot police. Most people said they had been there all day in the sun but had received no instructions or information. The only directions came from fliers that littered the path to the crossing on the Serbian side, reassuring refugees that they were on their way to Austria. Even so, an English-speaking Czech volunteer roamed the crowd, trying to calm fears.

“They will take you by bus to Austria or Slovenia,” she told Samer Ahmad, a 24-year-old engineer from Baghdad who was concerned about the possibility of setting foot into Hungary, which had built a border fence and used tear gas to keep out refugees. “But we are still on the border of Hungaria, not inside of it?” Ahmad responded, asking about the route north. (Refugees are now bused through Hungary straight to the Austrian border.)

Ahmad was sure he did not want to go to Germany. “Germany is crowded,” he said. “The situation will be harder and more complicated to [get] refugee papers and opportunities, work, living, even rents.” His comments echoed those of several other refugees, who seemed to feel that Germany now promised to be more a potential headache than a haven. “Thirty-seven percent of Germans hate Syrians,” claimed Yazan, a 19-year-old Syrian who declined to give his last name out of fears for his family’s safety. (It’s unclear where the number came from, though a German poll released earlier this month showed 37 percent of Germans thought their country should only take about the number of refugees it’s currently accepting.) Only one person, a 24-year-old Iraqi who declined to give his name, told Mother Jones he definitely wanted to go to Germany. The man, a member of the persecuted Yazidi religious minority, was trying to join members of his family in the northern German city of Bremen. 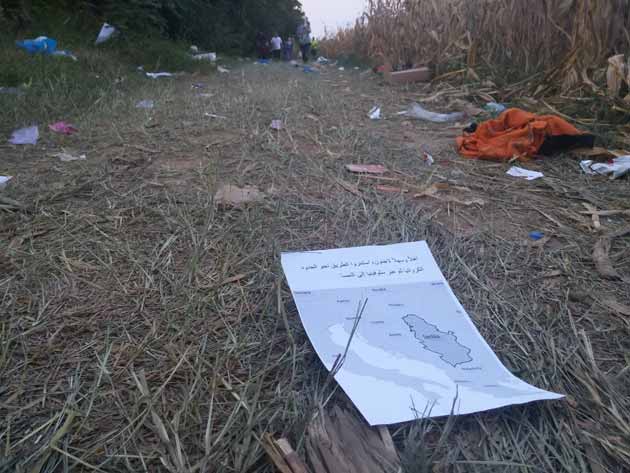 At a border crossing near Bapska, Croatia, volunteers distributed fliers telling refugees they were in Serbia and would get passage to Austria. Max J. Rosenthal

It was a stark change from two weeks ago, when defiant crowds chanted, “Germany! Germany!” at the train station in Budapest. Germany, with its liberal asylum policy, was the clear destination of choice, and German Chancellor Angela Merkel was a figure of adoration. But many of the refugees now on the Serbian-Croatian border left for Europe only a week ago. They knew about Germany’s border closures and the fierce political fight over whether the country could handle more new arrivals. Influential members of Merkel’s own conservative bloc have lashed out publicly against Germany’s open-arms policy, and the government cut benefits to those seeking refugee status. “When you have a crowded place in front, [and] a place that is not crowded and you have better opportunities to work? Definitely you will choose it,” Ahmad said.

Many people, tired and confused from the journey, didn’t seem to have a clear preference for where they might end up, but those who had a concrete destination named almost any country other than Germany. Yazan and others wanting to study said they preferred to go the Netherlands to seek admission at Dutch universities. “In Holland they speak English more. You can talk to the people, understand them like that,” Yazan said. Zakariya, a 22-year-old Syrian who declined to give his last name, said he wanted to end up in Belgium to join his uncle. Both are unlikely destinations: Under a long-awaited but highly controversial refugee resettlement deal struck by the European Union this week, the two countries will take fewer than 6,500 refugees combined. Both the Netherlands and Belgium also have influential nativist parties. 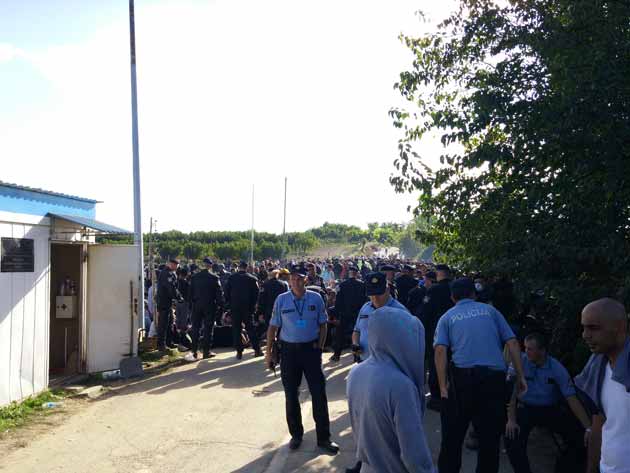 Croatian police officers block about 1,000 refugees from crossing into their country on a rural road near the town of Bapska. Max J. Rosenthal

Multiple people said they wanted to reach a surprising destination: Finland. The small Nordic country introduced border controls this week after a surge in refugee arrivals, but the flow doesn’t seem to be stopping. Samer Ahmad was heading there, as was Majid La’amawi, whose wife, Nada, left for Finland a year ago. He hoped to meet up with her there. “Life is good, there are opportunities to work, comfortable homes, appropriate wages,” said Omar Jassim Mohammed of Baghdad, relaying what a friend in Finland had told him about life there. As for the winter weather, he had a solution: Stay “inside the home!”

One country not mentioned was the United States, despite President Barack Obama’s announcement last week that it would accept at least 10,000 Syrians by the end of the year and boost its overall refugee intake. Omar said his father, a former US Army translator and English professor at the University of Baghdad, would like to go to America someday. As for Omar, he preferred to keep heading toward Helsinki.