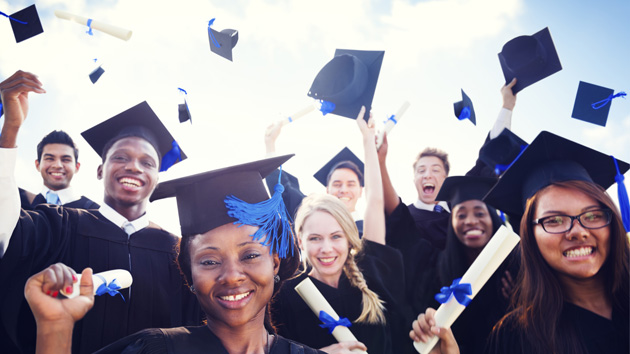 The income disparities between those who have a college degree and those who don’t have been growing bigger and bigger for decades. But college graduation rates in the United States have slowed down, especially among kids from low-income families. As recently as in the mid-1990s, the United States had the highest college graduation rate in the world. Today, its rank has slipped to No. 12, in large part because college costs have skyrocketed.

It’s no surprise, then, that more students rely on community colleges as a way to save money: 1.7 million students enroll each year, and about 80 percent say they want to go beyond earning an associate’s degree or a vocational certificate by finishing with a college diploma in their hands. In the 2013-14 academic year, at least 46 percent of all students who earned college diplomas went to community colleges, and a new report published on Tuesday found that some states do a much better job than others at getting their students to graduate.

Davis Jenkins and John Fink from the Community College Research Center at Columbia University tracked 720,000 students from 2007 to 2013 to see how many of them were able to transfer to a four-year university and how many earned college degrees, among other outcomes.

Overall, the numbers were not good: About 1 in 7 students they followed—100,000—earned college degrees; only 33 percent transferred to a four-year university and out of these, only 42 percent made it to the finish line.

Here are some of the most surprising findings:

There were huge variations in how well community college students do in different states. In some states, such as Montana, Wyoming, and New York, many more community college students transferred to four-year universities. The researchers called this the “transfer-out” rate. They still need to do more digging to determine the reason why this is happening, but there are some initial clues: Students who can transfer 90 percent of their credits are 250 percent more likely to get their degrees, but only 58 percent can do so, the report found, and nearly 15 percent can’t transfer any credits at all.

In some states, low-income students going to community colleges are much more likely to get a college degree. In most states, students from affluent families are more likely to make it to college graduation day than students from lower-income families. But there were some notable exceptions in this report, such as Florida, Iowa, Nebraska, and New Hampshire, where the diploma gaps were significantly smaller.

On average, community college students were more likely to earn a college diploma in public universities than private non-profit or for-profit colleges. According to the study, 42 percent of students who transferred to state public institutions earned bachelor’s degrees, compared with only 31 percent of their peers who went to private nonprofit colleges and 8 percent who attended for-profit universities. But it’s important to note that students who got into top colleges (public and private) were the most likely to get college degrees (58 percent). Again, researchers don’t know why exactly. It is possible that the screening process at these universities selects the most supported, high-achieving, and motivated students among low-income students, the researchers said.

Nationally, though, the predictable pattern prevailed—students with higher incomes tended to graduate in greater numbers. But the unexpected variations do highlight a key conclusion. The way each specific college chooses to support its community college students—and to track their progress—matters a great deal for student success. That’s why the authors of the report provide very specific suggestions for state policymakers on how to improve systems for tracking outcomes in every college and university. For example, most states report “transfer-out” rates, but few track one of the most critical numbers: how many students eventually earn a college degree. And many states don’t track what schools their community students actually transfer to. With better data, the report suggests, we can start to identify which universities are more successful in supporting community college students, and we can share their best practices with other schools.