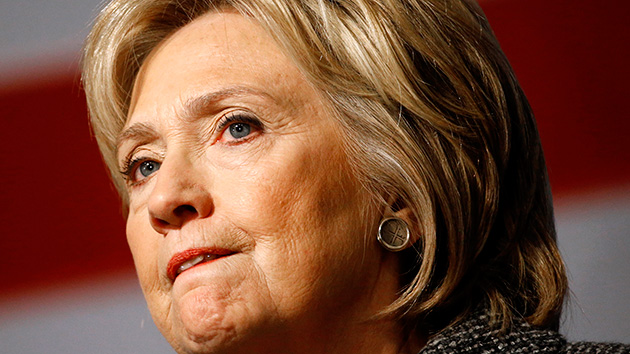 I rarely think about being a prisoner in Iran anymore. I’ve been free for more than four years. It’s been a long time since the sounds of hard soles on a cement floor would remind me of my interrogator or I would suddenly need to bolt from a restaurant because I couldn’t take the throngs of people after so much time in a prison cell.

Kidnapped by Iran: Read Shane Bauer’s account of how he was captured and held by Iran for more than two years.

Last Saturday, I was dripping coffee on myself during an early morning drive when I heard that four Americans were being released from Iran as part of a prisoner swap. Suddenly, my eyes welled up. I could feel the knot of excitement and confusion that had turned in my gut when my plane from Tehran hit the tarmac in Muscat, Oman, in September 2011. I pictured the way my and my friend Josh’s families looked small in the distance, their little hands waving, as we taxied toward them. I remembered the force that pulled me—running!—down the stairs of the airplane and how, at the bottom, I laughed and cried at the same time. Everyone else did too.

I was elated for these men and their families.

Later, the joy was tempered by an old, familiar frustration. While scouring the internet for updates on the four Americans, I read that shortly after their release, Hillary Clinton called for new sanctions on Iran for testing two ballistic missiles last year. I was shocked. The prisoners had not yet been let out of the country. Why would she provoke Iran when their freedom was still on the line?

The Omani envoy trying to negotiate our release was repeatedly frustrated by Clinton. “Why can’t your Hillary just keep quiet?” he blurted to me.

I remembered sitting in my cell in 2009—I think I was trying to memorize a family tree from Greek mythology or something equally random—when I heard then-Secretary of State Clinton’s voice from a television in a neighboring cell. I ran to the door and pressed my ear into its little window. She was commanding Iran to release us immediately. My heart sank. I imagined my interrogator bringing me into his padded room, blindfolded, and ranting about how Iran would not be bossed around by America, “The Great Satan.” I came to fear the sound of Clinton’s voice. Whenever I heard her publicly slam Iran about something, I would mentally prepare for at least another couple of months in prison.

Though I didn’t know it at the time, I wasn’t the only one who felt that way. Many of our family members grew frustrated with their meetings with her and White House officials. My wife, Sarah, who was released a year before Josh and I were, shared this frustration. Once, during a meeting with us in the prison, Swiss Ambassador Livia Leu, who represented American interests in Iran, broke from her usual reassuring demeanor and said, “They will never respond to your government demanding they release you. They need to talk to the Iranians.”

Then there was Salem Al Ismaily. He was the envoy from Oman, the country most responsible for our eventual release. “No one wanted dialogue to happen,” he said to me recently. “Not Iranians. Not the US.” Our freedom was part of a larger calculus for Oman. Sitting at the mouth of the Persian Gulf just a couple hundred miles from Iran, Oman’s government believed that if tensions between Iran and the United States escalated to the point of military conflict, it would damage its economy—or worse. Salem believed that if he could get the two countries to negotiate over our case, it would provide an opening for talks on Iran’s nuclear program. To call what ended up happening in our case “negotiation” would be a stretch: It mostly took the form of Salem flying between Washington, DC, and Tehran to convince each side to do something, or sending messages to the White House through Sarah after her release. 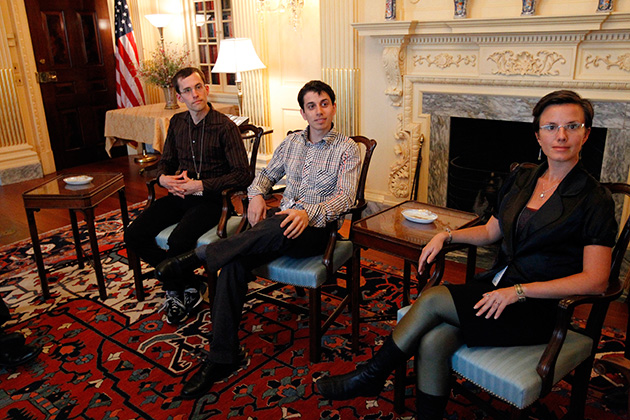 This was not gratifying work. On one occasion, Sarah passed on a message from the Iranian government to Special Assistant to the President Dennis Ross, saying that if President Barack Obama would write a letter to then-Iranian President Mahmoud Ahmadinejad describing a general wish to improve relations between the two countries—without naming specific measures—then Iran would release us. Ross called it a “non-starter.” The two sides didn’t speak directly to each other, but it was through this channel that the groundwork for nuclear talks were ultimately laid.

During Salem’s efforts to free us, he was repeatedly frustrated by Clinton. “Why can’t your Hillary just keep quiet?” he blurted to me once, in a break of his characteristic poise, on a visit to Evin Prison. It was a paternalistic sounding outburst, but the stakes were high. He believed he was going to be bringing us home with him on that occasion. He said he was so close to convincing the Iranians, but they backed out at the last minute after another blustery statement by Clinton.

So far as we know, the extent of Clinton’s role in our ordeal was limited to making public demands and speaking to our families. In fact, there isn’t evidence of much action from the US government on our case. Two years ago, I filed Freedom of Information Act requests with the State Department, CIA, and FBI for records on our case. I received some records only after suing. The lawsuit is ongoing, but the records I have received over the last year indicate State Department officials did little beyond meeting with our families and receiving news reports from staffers.

After two months of blindfolded interrogations, my Iranian interrogator told me he knew I was innocent, but that our release was dependent on political negotiations.

Thankfully, the United States’ relationship with Iran has improved since then. Secretary of State John Kerry reportedly speaks regularly with his Iranian counterpart. A monumental agreement over the nuclear issue is in place and the international sanctions on Iran’s oil and finances have been lifted. The tension is easing, and the release of these four Americans is further proof of that.

For years, Iran has operated a revolving door of American captives; one gets released and then another is picked up. Amir Hekmati was arrested just days before Josh and I were released. The charges against these captives are inevitably bogus and the reasons for their detention are always political. My interrogator was frank about that: After two months of blindfolded interrogations, he told me he knew I was innocent, but that our release was dependent on political negotiations. The correct term for people in that situation is “hostages.”

It’s too soon to say whether the era of Iranian hostage taking is over. The unjust imprisonment of innocent people will always be Iran’s responsibility, and it’s up to its government to end it. But we don’t need to make things worse. Right after these four Americans flew out of Iran, the Obama administration announced it would be applying new sanctions on Iran—the same sanctions Clinton had called for. It had been planning to do this, it turns out, for some time, something the former secretary of state and presumptive Democratic nominee was likely aware of. To be sure, these sanctions, which target just a few individuals and small companies that send crucial technologies to Iran, are nothing like the ones that were just lifted. The old ones cost Iran $30 million a day, draining its economy and weighing on the lives of regular Iranians, many of whom oppose their government. But these sanctions send the wrong signal. There may have been a time when they would have made sense as a way of putting pressure on Tehran. But if our goal is to move forward with Iran, the day after such a breakthrough is the wrong time.