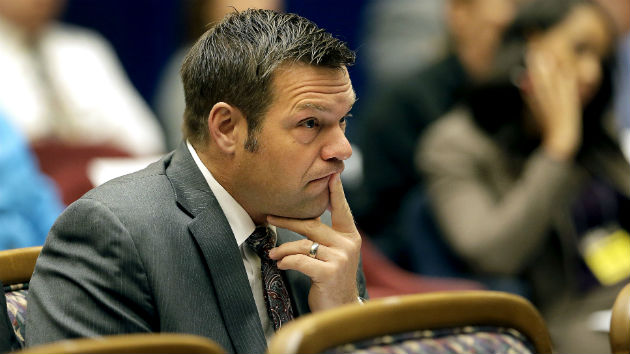 Prospective voters in Kansas were given different instructions for how and when to register to vote depending on whether they received the English- or Spanish-language voter guide issued by the Kansas secretary of state’s office.

The English-language version correctly informed voters that they could register up to 21 days before an election. But the Spanish-language version told voters that they had only 15 days to register, according to the Kansas City Star. Passports were listed as a valid proof of citizenship in the English version; in the Spanish version, they were not.

Craig McCullah, who oversees publications in the secretary of state’s office, apologized in the Star for the “administrative error” and said he was “diligently working to fix” the issue. He said the online versions were corrected within a day and the physical versions were sent to a translating service to eliminate discrepancies.

It’s unclear exactly when the errors were introduced or whether the erroneous voter guides had an effect on registration for the state’s presidential caucuses on March 5.

The botched voter guides, first flagged by a Democratic consultant in Daily Kos, have sparked the latest in a series of controversies over strict voter registration policies in Kansas under Secretary of State Kris Kobach.

A former Justice Department counsel in the George W. Bush administration and law professor at the University of Missouri at Kansas City, Kobach was known for helping craft anti-immigration laws in Arizona, Alabama, and Georgia and for pushing the idea of self-deportation. Since becoming secretary of state in 2010, he has restricted access to the polls in Kansas and pursued criminal prosecutions for alleged instances of voter fraud, despite its rare occurrence. In 2013, even as the Supreme Court struck down a law requiring proof of citizenship for federal elections in Arizona, the state established a two-tier voter system that required Kansas residents to provide proof of citizenship to vote in state and local elections.

Kansas is one of several Republican-controlled states that imposed tighter voter restrictions after the 2010 midterm election. Those policies have prompted legal challenges from civil rights advocates, who argue that such restrictions affect young, minority, Democratic-leaning voters. In January, a Kansas district court judge, Franklin Theis, struck down the state’s two-tier system, noting that Kobach, as secretary of state, “is not empowered to determine or declare the method of registration or create a method of ‘partial registration’ only.” Kobach plans to appeal the ruling.

In February, the American Civil Liberties Union again challenged the state’s voting policies, claiming the proof of citizenship requirement would keep at least 30,000 people, or 14 percent of Kansans who tried to register, off the voter rolls. The lawsuit is also seeking to prevent the state from tossing out more than 350,000 registration applications that are considered incomplete because prospective voters did not provide proof of citizenship.