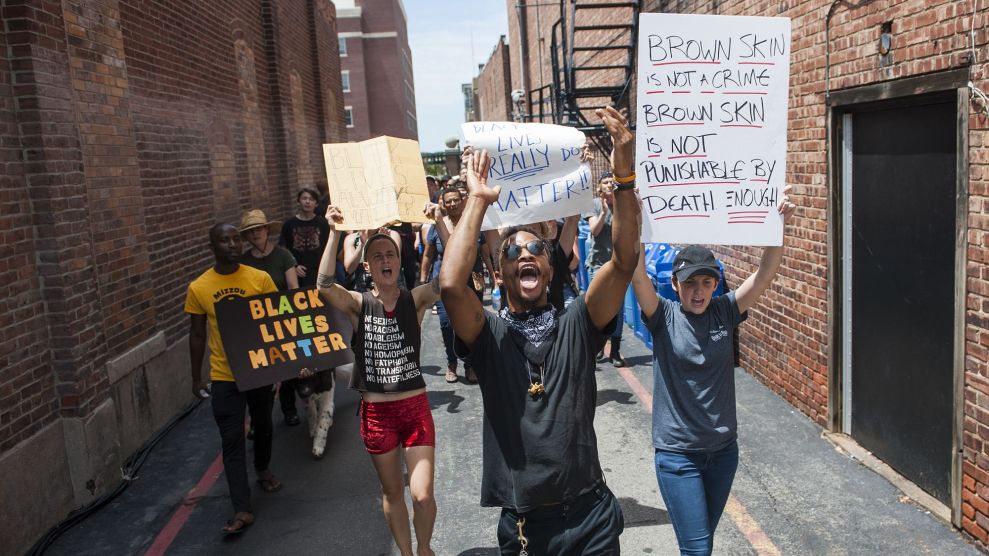 This story originally appeared on Fusion.

The National Rifle Association is often eager to jump into heated debates about guns. In case after case and lawsuit after lawsuit, they have rushed to get involved—usually when people are defending their concealed carry and open carry gun rights.

Those people are very often white. 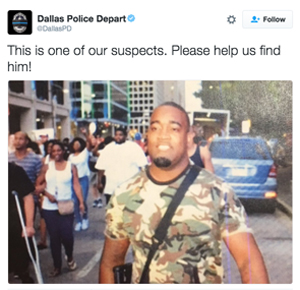 Yet the NRA has been silent in the wake of Wednesday’s police killing of Philando Castile, a black man who was also a licensed concealed carrier of a gun, even though his legal right to a weapon played a key role in his death.

“He’s licensed, he’s carrying, so he’s licensed to carry,” Castile’s girlfriend, Diamond “Lavish” Reynolds, explained in the now-infamous Facebook Live video she recorded just moments after his shooting. “He let the officer know that he had a firearm and he was reaching for his wallet and the officer just shot him in his arm.”

No matter the heated political debate around the Second Amendment, the right to legally carry a gun in the U.S. is absolute. Castile was following the law and procedure, and yet he was still shot and killed by police. On Thursday, I called the NRA and asked if it had issued, or planned on issuing, any comment about his death.

The woman who picked up the phone told me that they "might not put out any statement" about the matter.

What does that tell you?

Castile’s death is the most recent example of the strained relationship between black people and guns throughout American history. To put it bluntly: it shows that the Second Amendment has never really been meant for black people.

Evidence of this can be found even before America was officially a country. The first gun control law in the territory that is now the United States was passed in Virginia in 1640. It explicitly banned black people from owning guns, even if they were not slaves.

Over 200 years later, in 1857, the specter of black people with guns was a key factor in the notorious Dred Scott case. Scott was attempting to gain his citizenship and all the rights that came with it, but the court infamously ruled that "a negro, whose ancestors were imported into this country, and sold as slaves," were not "intended to be included in the general words used in [the Constitution]."

One of the main reasons behind the decision was the fact that granting full constitutional rights to slaves would mean they could "keep and carry arms wherever they went," the court ruled, continuing, "And all of this would be done in the face of the subject race of the same color, both free and slaves, and inevitably producing discontent and insubordination among them, and endangering the peace and safety of the State."

Black people owning guns would upset the social order, so their rights were to be limited. Even after slavery ended, many Southern states enacted Black Codes which, in part, prevented the formerly enslaved population from owning guns.

In his seminal book Black Man with a Gun: A Responsible Gun Ownership Manual for African-Americans, author Kenneth V.F. Blanchard detailed how the impact of these policies trickled down through generations. Citing an oral history, he described how his grandmother’s grandmother, a slave, internalized the laws.

"To save her sons, she made sure that they would not touch, look at or think too hard about owning a gun because it would mean certain death," he wrote.

Things have not changed much in the past few decades. Nominally, black people do have the same gun rights as the rest of the population, but exercising that right has always carried a burden of paranoia and hinted provocation, as Philando Castile’s killing shows.

After Martin Luther King Jr.’s home was firebombed in 1956, he applied for a concealed carry permit for his self-defense in the state of Alabama. In those days, local police had the right to determine who could and couldn’t get a license. King’s application was denied, despite the fact that his life was threatened routinely, and that he wound up getting assassinated.

Fear of blackness was the pretext behind then-California Governor Ronald Reagan’s decision in 1967 to sign a law that made it illegal to openly carry firearms in the state. Just before the law’s passage, a group of Black Panthers openly carried their guns into the state Capitol Building, in an act that terrified mainstream white America. The law had the full backing of the NRA

After Philando Castile’s death, his mother, Valerie Castile, told CNN that Philando and his sister, who also had a concealed carry permit, had talked about whether the laws permitting them to carry weapons would protect them.

"My daughter said, 'You know what, I don’t even want to carry my gun because I’m afraid they’ll shoot me first and ask questions later,'" she said.

Sadly, her fears were proven justified.