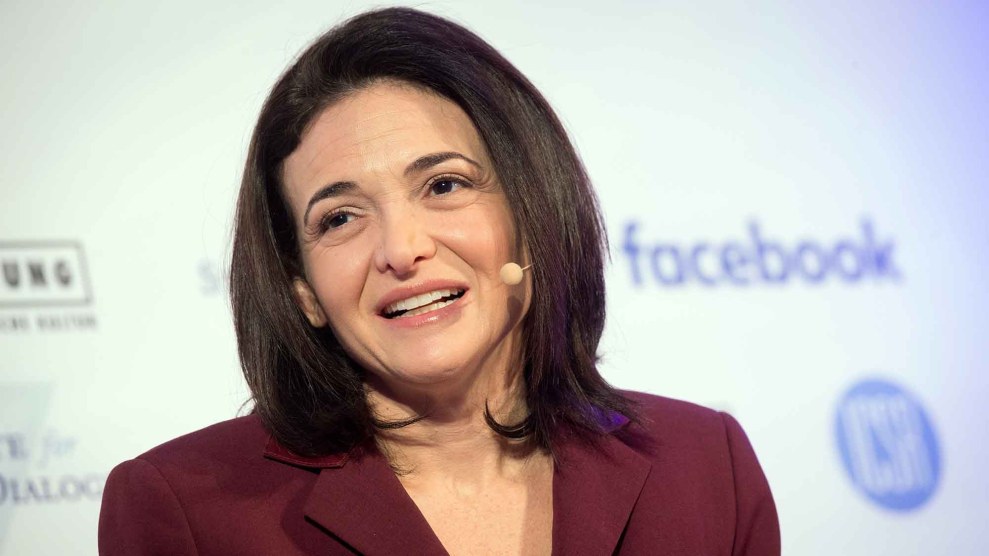 Sheryl Sandberg, the chief operating officer of Facebook, said Wednesday that last week’s revelations that terms such as “Jew Hater” or “how to burn Jews” could be used as targeting criteria for advertising on the site made her “disgusted and disappointed,” and that the social media titan would make some changes to prevent it from happening again.

“Hate has no place on Facebook — and as a Jew, as a mother, and as a human being, I know the damage that can come from hate,” Sandberg wrote in a statement posted to her Facebook page. The fact that hateful terms were even offered as options was totally inappropriate and a fail on our part. We removed them and when that was not totally effective, we disabled that targeting section in our ad systems.”

Sandberg’s statement comes in the wake of a ProPublica report revealing that a variety of anti-Semitic categories could be used as targeting terms by people paying for advertising on the website. The advertising system allowed for ad buyers to target Facebook users based on entries in categories such as education and employer. “People wrote those deeply offensive terms into the education and employer write-in fields and because these terms were used so infrequently, we did not discover this until ProPublica brought to our attention. We never intended or anticipated this functionality being used this way—and that is on us. And we did not find it ourselves—and that is also on us,” Sandberg said.

The story came shortly after the company announced that it had found evidence that more than $100,000 in political advertising was bought and paid for by about 470 “inauthentic” affiliated Russian accounts during the 2016 presidential campaign. That announcement prompted members of the Senate Select Committee on Intelligence investigating Russian meddling in the 2016 election to tell reporters that Facebook would likely be called in front of the committee to answer questions about its role in the Russian operation. Legislators in both the Senate and the House have accused Facebook of withholding information relevant to the Russia investigation.

The double-whammy has some demanding increased regulation of not only Facebook advertising, but the way online advertising works in general.

Sandberg said Wednesday that targeted advertising on Facebook has “helped millions of businesses grow, find customers, and hire people,” and that the system has been most beneficial for small businesses “who can use tools that previously were only available to advertisers with large budgets or sophisticated marketing teams.”

Facebook will tighten its advertising policy enforcement, increase its human review of some automated ad processes, and work to develop an easier method for people to report such issues to Facebook, Sandberg said.

“We hope these changes will prevent abuses like this going forward,” she said. “Our community deserves to have us enforce this policy with deep caution and care.”