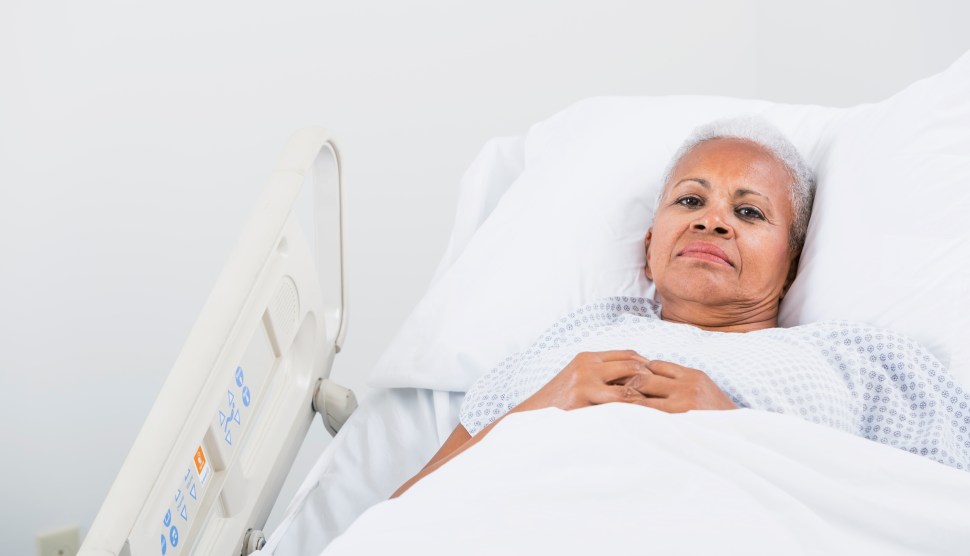 The reasons black Americans have higher rates of cardiovascular problems are complicated—among them, as researchers have pointed to, elevated levels of stress as a result of poverty and racism. But a study published today in the journal JAMA Cardiology sheds light on another possible explanation: African Americans are slightly less likely than Caucasians to be given drugs to control their cholesterol levels—and they’re far less likely to be prescribed the correct doses.

A team of researchers from Duke University Medical Center followed the progress of 5,689 patients who were eligible for treatment with statins, a class of cholesterol drug. About 75 percent of the white patients were prescribed statins, compared with 71 percent of African Americans. But when the team looked at dosages, the disparity was starker: About 44 percent of white patients received therapy that followed the guidelines from the American College of Cardiology and the American Heart Association, compared to 33 percent of black patients.

The study “confirms disparities in the use of potentially lifesaving medications…related to factors that clinicians don’t often consider.”

Why are African Americans less likely to get the correct cholesterol treatment? Researchers documented a few possible reasons. For starters, they’re less likely than white patients to see a cardiologist, so their primary care physicians or other providers may not be familiar with the recommendations. In the study, the researchers found, clinicians who saw the black patients were less likely to use the current guidelines in determining a statin dose. “We really looked deeply into the reasons for the disparity, and what we found were a lot of subtle but important differences,” says lead author Michael Nanna, a cardiology fellow at Duke University,

Another key point: African American patients were less likely than white patients to believe that statins were safe and effective, and they also reported significantly less trust in the drugs than their white counterparts. Doctors whose patients express skepticism about the drugs may be less likely to prescribe them, Nanna says.

Experts in the field of cardiovascular health hailed the new research as an important contribution. “It confirms disparities in the use of potentially life-saving medications, and it isolates that the disparities are related to factors that clinicians don’t often consider or measure,” says Keith C. Ferdinand, a professor of medicine at Tulane University who has written about health disparities. He adds, “The overall disparity is real. It directly impacts longevity.”

Craig Umscheid, an associate professor of medicine and epidemiology at the University of Pennsylvania’s Perelman School of Medicine, suggested that future studies might look more closely at black Americans’ mistrust of statins. “Is this a general belief about medications, or is it specific?” he asks. “You can imagine, given the history of medicine, why that might be.” He believes researchers should ask people the same questions about their trust in clinicians.

Duke’s Nanna points out that doctors are under increasing pressure to see more patients in less time, and shorter appointments won’t do much to make sure clinicians are prescribing appropriately or building trust with their patients. “We need to set up health systems where all patients who need treatment get treated,” he says. “If we raise the quality of care for everyone, then everyone benefits, and maybe we can close these treatment gaps.”