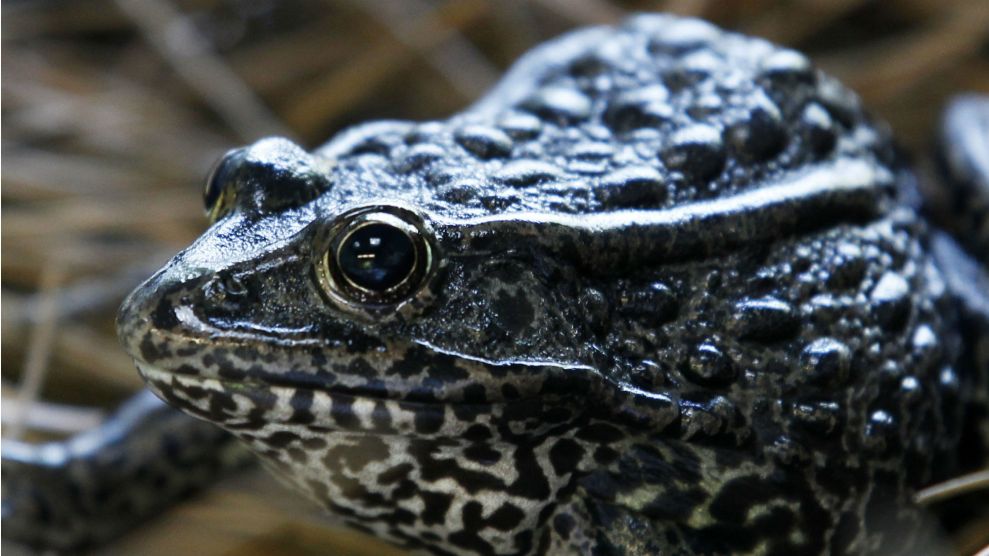 Brett Kavanaugh, President Trump’s pick to replace retiring Supreme Court Justice Anthony Kennedy, has already sparked concerns from Democrats on how his appointment could affect major issues like abortion rights, the Affordable Care Act, and the Mueller investigation. But, flying under the radar is an issue where Kavanaugh could make a big, and early, impact: the authority of the 1973 Endangered Species Act.

If confirmed, experts worry Kavanaugh could threaten the landmark environmental law—and do it on his first day on the job. The leading lawsuit on the Supreme Court’s docket in October is Weyerhaeuser Co. v. Fish and Wildlife Service, which directly deals with the future of a small amphibian, but could majorly impact how we protect our most vulnerable animals for decades to come.

While Justice Kennedy was a solid swing vote on environmental cases, Kavanaugh has a less-than-stellar environmental record from his 12 years as judge on the US Court of Appeals for the District of Columbia Circuit, ruling in favor of industry and against the environment in several cases.

“He creates law to suit himself when big corporations are going to benefit.”

“He creates law to suit himself when big corporations are going to benefit,” Bill Snape, senior counsel for the Center for Biological Diversity, tells Mother Jones. “That’s why I’m worried Judge Kavanaugh could be Justice Kavanaugh on October 1.” (It’s also why Snape jokingly refers to Kavanaugh as “Lord Voldemort.”)

Weyerhaeuser Co. v. FWS focuses on the critically-endangered dusky gopher frog, a three-inch, warty amphibian native to Mississippi. Back in 2010, the Fish and Wildlife Service designated more than 1,500 acres of private Louisiana land as critical habitat for the frog. The land had been owned by three private entities, including Weyerhaeuser, a timber company, which now argues that the agency’s action was an overstep of power. The key issue, they claim, is that the land was unoccupied, meaning there were no frogs living there at the time it was designated, and that the land is “not essential” for the conservation of the species. Therefore, the company says, the Fish and Wildlife Service had no right to designate the land as critical habitat.

The Fish and Wildlife Service, though, maintains that they do in fact have that right, as granted by the Endangered Species Act. The habitat contains historic breeding sites for the frog and its decision was based on scientific evidence, the Service says. In 2016, the United States Court of Appeals for the Fifth Circuit agreed. (The Weyerhaeuser Company and the Interior Department, which oversees FWS, did not respond to requests for comment from Mother Jones.)

Now the case has risen up to the Supreme Court, where, for the first time ever, experts say, the justices will determine how far the Fish and Wildlife Service can go in deciding what land is critical for a species’ survival, with particular focus on unoccupied lands. And the court’s ruling likely won’t just impact the gopher frog, but potentially more than 100 species, Snape says, protected under the Endangered Species Act, now and in the future. More than 750 species have been granted a critical habitat designation under the law—including the polar bear, California condor, and leatherback sea turtle—though it is unclear how many include unoccupied critical habitat. If the court rules in favor of Weyerhaeuser, it would certainly open the door for more land-use challenges from private landowners.

For the first time ever, the justices will determine how far the Fish and Wildlife Service can go in deciding what land is critical for a species’ survival.

“A ruling for Weyerhaeuser would restrict the situations in which the Fish and Wildlife Service can designate unoccupied critical habitat for species,” Jason Rylander, a senior attorney at Defenders of Wildlife, tells Mother Jones. “That in turn could put some species at risk because areas essential for their conservation would not be protected.”

Kavanaugh’s nomination also comes at a time when endangered species are already heavily under attack; late last week, Republican lawmakers introduced a slew of House bills aimed at unraveling the Endangered Species Act, claiming the changes would “modernize” the law.

While there’s of course no way to know just how Kavanaugh would approach this case, his past opinions offer a window into his sometimes environmentally unfriendly thinking. In one case, Otay Mesa Prop. L.P. v. Interior, Kavanaugh wrote in a majority opinion that the Fish and Wildlife Service would have to revise its conservation plan for the San Diego fairy shrimp because it failed to justify why it had put aside 143 acres of private land for the crustacean, writing, “The current record is simply too thin to justify the action the Service took.”

In another case, Kavanaugh tried to strike down a federal air pollution reduction program, writing in the majority opinion, “It is not our job to set environmental policy. Our limited but important role is to independently ensure that the agency stays within the boundaries Congress has set. EPA did not do so here.” The Supreme Court, including a vote from Kennedy, later overruled Kavanaugh and the lower court’s decision.

That said, in a few instances, Kavanaugh has backed environmentalists. In 2014, for example, he sided with the Natural Resources Defense Council over an industry-friendly EPA rule regulating the cement industry. But the basis of the court’s ruling, Kavanaugh writes in an opinion, was that the provision was an overstep of power by the EPA.

“The fact that Kavanaugh comes in clearly with a bias—that’s worrisome. You’ve lost someone who had an open mind with someone who has ruled against environmental protection, ruled against both EPA and the Fish and Wildlife Service repeatedly in his career and seems to enjoy doing it,” says Snape. “That’s a recipe for disaster in our view.”