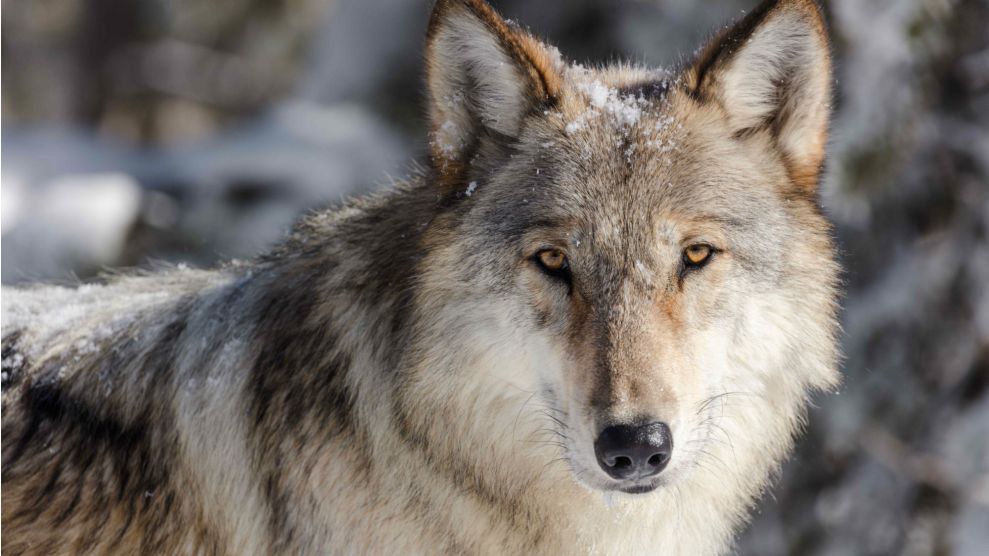 It’s been a brutal legislative session for endangered plants and animals. Just in the past week and a half, Congressional Republicans moved forward at least a dozen measures intended to gut the Endangered Species Act.

On Thursday, the House passed an Interior appropriations bill that would cut funding for environmental and science programs by $400 million, prohibit funding to introduce grizzly bears into the North Cascades (one of only five grizzly “recovery zones”), and remove the gray wolf from the List of Endangered and Threatened Wildlife under federal law. Gray wolves, once endangered, have since begun to recover, and are now seen as pests by ranchers.

Also in the House, lawmakers introduced a package of nine bills aimed at weakening the Endangered Species Act last week. The package will “modernize” the act, according to Rep. Paul Gosar (R-Ariz.), chairman of the Congressional Western Caucus, who oversaw the release of the package. Its goal, he added, is to “balance the interests of all parties involved in and affected by species and habitat listings—including species themselves, private citizens, industry, local governments, public infrastructure projects, nonprofit organizations and other entities.”

In the Senate, the Environment and Public Works Committee held a Tuesday hearing to discuss Sen. John Barrasso’s (R-Wyo.) draft bill to amend the Endangered Species Act in the name of “transparency” and “regulatory certainty.” The bill, which would give states greater control over species conservation, is largely supported by Western governors and a slew of pro-industry lobbying groups including the American Loggers Council, American Exploration & Production Council, and Independent Petroleum Association of America.

“This particular bill wouldn’t help a single species move closer to recovery,” says Brett Hartl, the government affairs director at the Center for Biological Diversity. “If a species does get listed [under the ESA], it’s because the states have already failed,” he adds. “So putting the states back in charge is kind of like putting the failing student in the position of the valedictorian.”

Barrasso’s Press Office declined to comment for this story, instead referring Mother Jones to Barrasso’s opening remarks at Tuesday’s hearing. “Since the ESA was signed into law, only 54 out of 2,393 species listed in the US and foreign countries have been delisted because they have recovered,” Barrasso said at the hearing. “That is less than 3 percent. As a doctor, if I admit 100 patients to the hospital and only three recover enough under my treatment to be discharged, I would deserve to lose my medical license with numbers like that.”

Conservationists, on the other hand, argue the Endangered Species Act has in fact been successful; it has saved most of the species on that list from extinction. Still, they caution, a species’ continued recovery takes time and money.

“Recovering a species from the brink of extinction takes decades of intervention,” Riley notes. “The ESA has only been around for 40-some years and we haven’t allocated the resources we need to actually recover species.”

Here are the Congressmen Leading the Attack on the ESA

By number of bills sponsored

Barrasso’s bill wasn’t the final legislative effort to curb protections for endangered species in recent days. On Thursday, the Interior and Commerce Departments released three new proposed regulations that would limit the protection of imperiled species under the Endangered Species Act. The new regulations would “clarify” when unoccupied areas are essential to species conservation and open the door for the Fish and Wildlife Service and its oceanic counterpart, the National Marine Fisheries Service, to consider “economic impact” when determining how a species should be protected.

Still, it’s the sweeping, “must-pass” bills and their policy riders which have already passed the House and Senate and now await approval from the House-Senate Conference Committee that are most likely to make it into law.

The National Defense Authorization Act, or H.R. 5515, for example, authorizes funding for the Department of Defense in 2019. But the bill is also a vehicle for 666 amendments, some of which could spell disaster for endangered animals like whales, the greater sage grouse, and the American burying beetle.

“The 2019 Defense Authorization bills contain numerous, controversial, anti-environmental provisions that are unrelated to military readiness,” Democrats warned in a letter to lawmakers in both chambers Tuesday. “These deceptive provisions would cause irreparable harm to our wildlife and public lands.”

If signed into law by President Trump, the act would permanently remove the American burying beetle from any federal protection and bar the Fish and Wildlife Service from listing the greater sage-grouse and its cousin, the lesser prairie chicken, under the Endangered Species Act for at least 10 years. (As Mother Jones previously reported, the sage-grouse has been part of a contentious, years-long battle between industry, hunters, and conservationists in the West.) It would also give the Department of Defense more leeway to use technology like underwater explosives and sonar, which can harm whales and other marine mammals by disrupting their ability to communicate and forage for food.

Despite all the looming attacks on endangered species, conservationists are holding out hope. The Endangered Species Act remains one of the country’s strongest and most popular pieces of legislation: A 2015 Tulchin Research poll found that 90 percent of voters support the law. And of the at least 75 legislative attacks on endangered species so far in this Congress, only three have been signed into law, according to the Center for Biological Diversity.

“Congress has been introducing bills to weaken the Endangered Species Act for years, and they haven’t been able to pass them,” Riley says. “That’s because the Endangered Species is actually a very popular law…I think the American public has a general sense that letting a species go extinct is not in line with our values.”