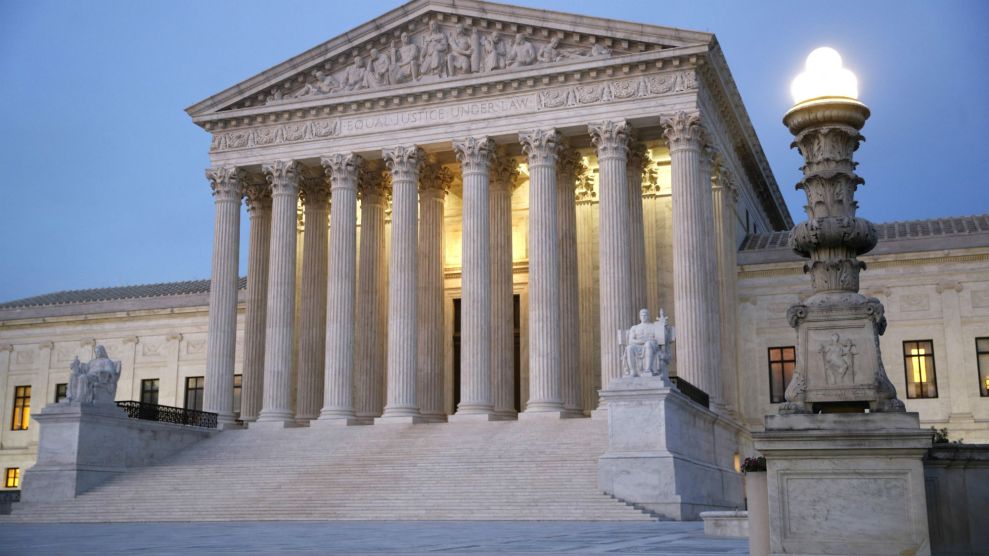 The Supreme Court is considering a case over the Trump administration's census citizenship question.Patrick Semansky/AP

Last week brought a bombshell revelation in the fight over a controversial question about citizenship status on the 2020 census: Despite the Trump administration’s insistence that it wants to add the question for better voting rights enforcement rather than political gain, key wording in its legal rationale matches memos written by Tom Hofeller, a Republican gerrymandering expert. Hofeller, who died last summer, wrote that if the 2020 census asked about the citizenship status of respondents, it “would clearly be a disadvantage to the Democrats” and “advantageous to Republicans and Non-Hispanic Whites.”

Republican Party financial filings with federal regulators add a twist to this backstory: The party’s main political apparatus paid Hofeller more than $2 million for his work. That suggests that Hofeller’s memos weren’t simply independent advocacy for a pet issue, but that he and his work were deeply embedded in the heart of the GOP’s strategic operations.

According to Republican National Committee filings with the Federal Election Commission, from June 2009 until just weeks before his death last August, the GOP’s main political apparatus paid Hofeller just over $2 million for “legal and compliance” work. In fact, from Trump’s inauguration until July 2018, Hofeller was paid $422,000, in what appear to be regular monthly payments of $22,247.

A case challenging the effort to add the question to the census is currently being considered by the Supreme Court, with the conservative majority appearing sympathetic to the Justice Department’s position that the question would be helpful to protect the voting rights of minorities. Many experts believe, however, that the question would discourage people of color and immigrants from responding to the census, causing these populations to be undercounted and giving Republicans an advantage when redrawing congressional districts based on the 2020 census—a conclusion that Hofeller himself reached.

Following Hofeller’s death, his estranged daughter began sorting through his files and found documents on his computer showing that he had written a legal rationale for adding the census question that was identical to one later presented by the Trump administration to show that the question was not being added for nakedly political reasons. By the administration’s own account, Hofeller was in contact with the Trump transition team, pushing for the addition of the question. But a Trump official involved with the census said in a deposition for the Supreme Court court case that Hofeller had told him the question would help enforce the Voting Rights Act. That contradicts what Hofeller had determined in his own analysis.

In a letter to the court filed Monday, Justice Department attorneys argued that they knew of no connection between Hofeller’s writings and the legal rationale put together by the administration. Essentially, the letter argues, Hofeller happened to write an unrelated private memo for the conservative Washington Free Beacon, and it’s entirely coincidental that his work would appear in the administration’s legal rationale.

It is true, as the Justice Department has noted, that a filing last week by opponents of the citizenship question included no hard evidence that Hofeller had given his work to the administration. But Hofeller was an essential part of the Republican Party’s strategy on gerrymandering and how to use the census to win more seats. And the RNC filings prove it.

Regular payments to Hofeller’s consulting company are listed on RNC records dating back to 2011, showing exactly how much the Republican Party was investing in his expertise. From 2009 to 2011, additional payments to Hofeller personally are listed. According to Hofeller’s own resume, included as an exhibit in a separate lawsuit, he was a redistricting consultant for the RNC from 2003 to 2011, and he was on staff at the RNC from 1982 to 1993 and from 1999 to 2003. Not counting the years Hofeller was directly on the payroll, the grand total for the GOP’s investment in Hofeller is $2,027,000. That doesn’t indicate that he was just a private citizen who happened to be working on issues that were simultaneously being pushed by top GOP operatives.