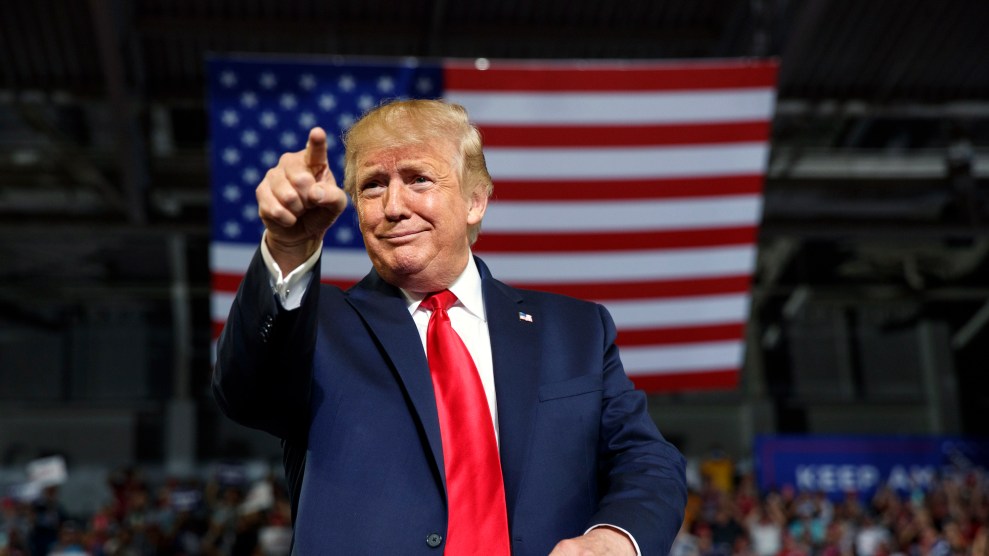 Former President Donald Trump avoided conviction in his second impeachment trial, but his legal troubles are, of course, far from over. And the legal threats are proliferating on a near daily basis: There are criminal and civil investigations, defamation suits, and a disputed federal tax return for Trump to deal with, and some of his neighbors in Palm Beach would like to have the town forbid him from living at his club. All of this begs the question: How will Trump, who is facing dire financial straits in his post-presidency, afford to keep up the legal fight?

He could pay for the lawyers out of his own pocket, but given how little he likes paying for things himself and how much his business empire has foundered during the pandemic, that seems pretty unlikely. It’s a safer bet that he’ll turn to all of the donations he has piled up since he lost the election last November, which campaign finance experts say can be used to bail him out.

Since 2015, his campaign and its affiliates have spent more than $50.8 million on legal fees, dwarfing what other presidents have spent on legal costs.

The tab will likely be steep. If the lawyers he has had to hire in the first two months of 2021 are any indication, Trump’s legal bills are certain to run into the millions this year alone—particularly if he continues to try to play an active political role. The notion that he’ll face a steady drumbeat of new legal battles was reinforced on Tuesday, as a Democratic lawmaker filed a lawsuit against Trump under the Ku Klux Klan law, which allows for civil suits against people who engage in conspiracies or incite violence to try to stop federal officials from doing their job. It’s a somewhat obscure law, and it’s unclear how successful the suit will be—it’s a relatively novel strategy—but it’s backed by the NAACP. Even if Trump escapes any legal responsibility, it’s a costly battle that is likely to drag on for years—and it’s not going to be the only one.

For years, Trump has been using his political donors to help with his legal problems. Since 2015, his campaign and its affiliates have spent more than $50.8 million on legal fees, and while some of that is run-of-the-mill campaign legal work and compliance issues, it dwarfs what other presidents have spent on legal costs. Among other things, it has included money to cover legal costs related to the Russian election interference investigation for his adult children.

The only real restriction on campaign spending is a personal use prohibition—if a cost can be tied, even loosely, to politics, it’s eligible under the Federal Election Commission’s current rules.

“The FEC has been extremely liberal in allowing candidates to pay legal fees that are connected in some way to their status as an office holder or a candidate, including letting them use campaign funds to pay for public relations to reply to allegations of improper behavior,” says campaign finance attorney Brett Kappel.

Kappel says the KKK Act lawsuit would not be hard to justify as a valid political expense because Trump was in office and his activities were part of his fight to stay there.

Paul Hernson, a political science professor at the University of Connecticut, says he expects Trump will not be shy in continuing this tactic. “This is a president who in the opinion of many, including myself, has not always appeared to obey federal law,” Hernson says. “And so I would imagine he will, if he has to, push the envelope and try to use whatever he can of his political money to pay for his legal issues and you can imagine that he’d make the argument that these issues would never have arisen if he had not been president.”

But Trump might not even have to jump through any of those hoops trying to justify the expenses. Kappel says that in addition to his remaining campaign cash—about $10.7 million at last count—Trump could make use of the war chest he has accumulated with his new Save America PAC. The fund, formed after the election, has raised at least $31 million so far, much of it through appeals to supporters asking them to back the legal fight to stop the certification of election results. (It was only made clear in the fine print that most of the donors’ money would not be going to support that fight.)

Trump might not even have to jump through any hoops trying to justify the expenses.

There are almost no restrictions on how the money raised by this PAC can be used because it’s what is known as a “non-connected PAC,” meaning it’s not directly involved in supporting a specific candidate. Campaign committees, on the other hand, have at least scant restrictions on how the money may be used. “The personal use prohibition literally applies only to money given to a candidate for a campaign so it only applies to campaign committees, doesn’t apply necessarily to leadership PACs, and certainly doesn’t apply to non-connected PACs,” Kappel says.

While that money is free to be used to cover Trump’s legal fees for problems whether they’re politically connected or not—like responding to the New York attorney general’s investigation into his company’s finances or even the sparring with his Palm Beach neighbors—there is at least one catch, Kappel says.

“If someone else pays a debt you owe, that’s income to you, so there would be tax consequences,” he explains. In the eyes of tax authorities, paying a legal bill would be considered the same as just giving him money. So that means if the PAC pays his legal bills, Trump would in effect have to pay income tax on the money.

It wouldn’t be nothing for Trump to pay taxes on someone else’s decision to pay his legal bills, but it’s a small one compared to actually paying the bills himself. Then again, Trump’s enthusiasm for tax avoidance is one of the major reasons he needs lawyers in the first place.