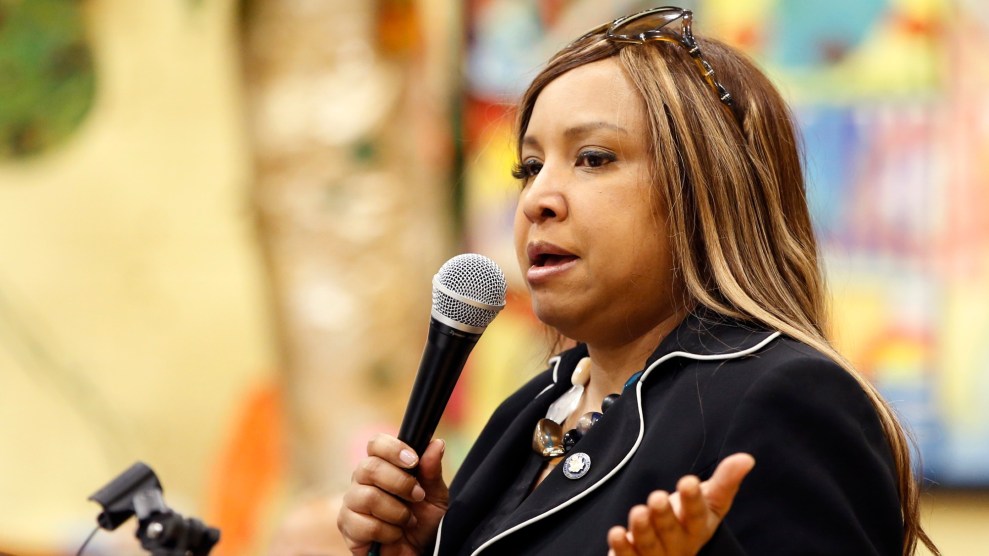 After making a video featuring New York City Housing Authority buildings and using it at the 2020 Republican National Convention, former Trump official Lynne Patton, who served as a regional administrator for the Department of Housing and Urban Development, has been banned from serving in government for four years.

On Tuesday, the US Office of Special Counsel announced that Patton agreed to the ban plus a $1,000 fine after legal watchdog group Citizens for Responsibility and Ethics in Washington filed a complaint against her for violating the Hatch Act, which prohibits federal employees from engaging in political activity.

NEW: ex-Trump official Lynne Patton fined $1000 and barred from federal employment for 48 months for violating the Hatch Act by using her HUD role to create a video for the 2020 RNC. pic.twitter.com/XsEKO9t5oh

According to documents obtained by CREW, Patton misrepresented her intentions to NYCHA tenants telling them the video would “highlight nonpartisan issues” about the dire conditions of public housing in New York—not that it would be used to promote former president Donald Trump’s re-election effort.

That still doesn’t fully explain why the video seemed so bizarre when it aired at the RNC last August. Among other distortions, the video blamed Democrats and undocumented immigrants for long waiting lists for public housing. Then there’s the unusual experience of seeing a pro-public housing video for a president who’d been sued for housing discrimination. As I wrote last year:

The incoherence of the messaging again begs the question: Who in the world was this video for? The handful of Black conservatives who like to dabble in xenophobia as a reason for the current state of affairs for our community? Is there a Public Housing Lovers Caucus in the Republican party that we don’t know about?

Despite the deluge of racism coming from the Trump White House, I found when I profiled her in 2019, that Patton, a Black woman, was a very loyal Trump official.

Black conservatives like Patton, long confusing to liberals, are positively confounding in the age of Trump. Why do they stick by a president who makes openly racist statements and inspires white supremacists? But Patton insisted that she’s worked for Donald Trump and his family for a decade and truly believes that if they were racist, “one of the children would have slipped up by now.”

During her four year tenure at HUD, Patton served as a model Trump official, always toeing the line. She heavily-focused on owning the libs in her Twitter feed, spent a month living in public housing to see conditions firsthand, and made a guest appearance at the hearing of Michael Cohen, Trump’s former lawyer, who accused his ex-boss of racism. Mark Meadows, who would go on to serve as Trump’s Chief of Staff, used Patton as a representation of why Trump wasn’t racist.

Of course, she regularly blew off previous accusations of being excessively, illegally political in her behavior. In September 2019, when Twitter users called her out for a possible violation of the Hatch Act  she responded: “What part of I don’t give a shit don’t you understand?”

Perhaps that was the right mentality all along. Patton’s ban only lasts as long as President Joe Biden’s current term. That means the door will be open for her to get a job in any future Republican administration.