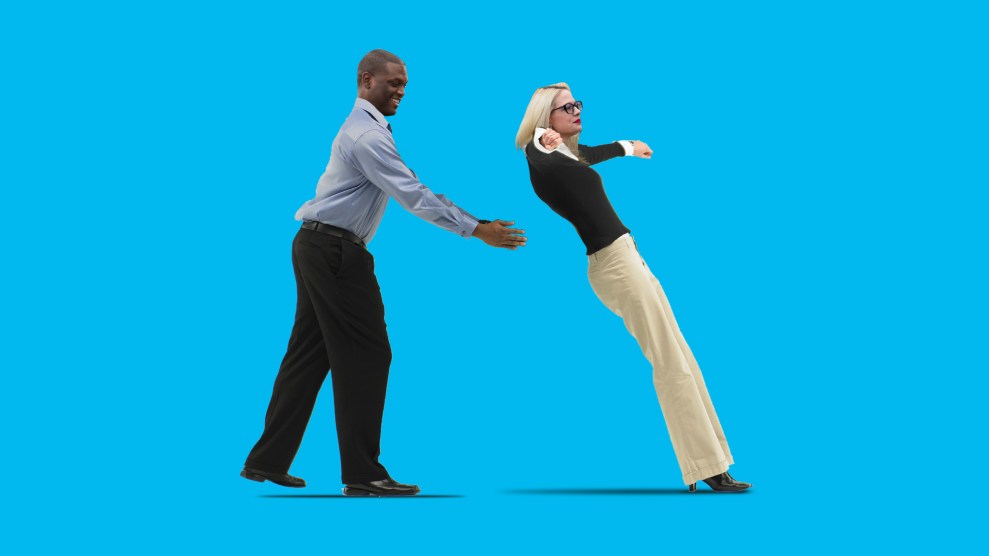 “We’re doing a lot of therapy,” Rep. Jim McGovern (D-Mass.) said to me as he entered the House chamber on Tuesday afternoon. He was referring to the state of mind of his House Democratic colleagues as they hurtle toward a series of agonizing deadlines. Some are unavoidable: Funding for the federal government is set to expire on September 30 and the country is weeks away from breaching its debt ceiling. But the injury that inspired McGovern’s statement was self-inflicted: The divisions complicating the vote on a bipartisan infrastructure bill House Speaker Nancy Pelosi (D-Calif.) has tentatively scheduled for Thursday.

Pelosi told her Democratic colleagues on Monday night that she would hold a vote on the $1.2 trillion bill, which primarily funds upgrades to highways, bridges, and public transportation. Doing so backs away from a months-long promise to hold that vote alongside another: A $3.5 trillion budget bill that contains sweeping investments in child care, health care, and the fight against climate change. This pair of bills encompass President Joe Biden’s domestic agenda—on which the president has bet his legacy and most of his party has bet its midterms success.

But the budget bill remains stymied in the Senate, where Sens. Joe Manchin (D-W.V.) and Kyrsten Sinema (D-Ariz.) have rejected its scope and price tag. They’ve been joined by a handful of centrist House Democrats who have suggested they, too, aren’t keen on moving it forward. In defiance of Thursday’s potential vote, progressive House lawmakers have assembled enough support to kill the bill until the Senate agrees to a budget deal. And they’re doing it because they have zero trust that the handful of Democratic holdouts will follow through on any verbal agreements unless they are written into a bill that both chambers can agree upon. “There’s so much distrust of Manchin and Sinema, I don’t know if we could even do it with a blood oath from them,” an aide to a progressive House member mused.

“There’s so much distrust of Manchin and Sinema, I don’t know if we could even do it with a blood oath from them.”

To understand how the Democrats in Congress arrived at this point, let’s rewind to August when Senate Democrats agreed to spend $3.5 trillion on the budget package, after a small group of bipartisan senators settled on a framework for the infrastructure proposal. Manchin, at the time, suggested he’d support his colleagues’ compromise. But as the House’s self-imposed September deadline for a vote on both bills neared, he declared he “won’t support spending another $3.5 trillion” in a Wall Street Journal op-ed. Sinema also has said she can’t support a bill that large and has privately told colleagues she takes issue with the tax increases that would accompany it, the New York Times reported. Both senators have accepted hundreds of thousands of dollars in political donations from corporate interests that stand to lose the most from the Democrats’ legislation.

Manchin and Sinema have had multiple meetings at the White House this week, but no progress has been made. Manchin left the White House on Tuesday describing an “ongoing process.” What infuriates Democratic lawmakers who support both bills is the fact that, apart from some hand waving at proposed tax hikes, the holdouts haven’t been explicit about the changes they want. But Democrats also have all kinds of reasons for not trusting the two Senate Democrats.

Rep. Mondaire Jones (D-N.Y.) describes their obstruction as “inherently suspect.” He added, “I am under no illusion that Sinema and Manchin, and unfortunately, a few of my colleagues on the conservative side of the Democratic caucus, do not share my urgency to improve the lives of the American people.” Rep. Cori Bush (D-Mo.), another progressive who refuses to vote for the bipartisan infrastructure bill, asked,  “Do I put trust into people that have shown themselves to not care about the needs of people that are in my community? No.”

Some progressives don’t trust them because of their corporate ties. “How much trust do I have in the senator from PhRMA and the senator from Exxon Mobil? Zero,” a senior aide to a progressive senator told me. Others are more concerned about how the particulars of Senate procedure will give the Senate the final say on the $3.5 trillion budget bill—and Manchin and Sinema the power to throw in last-minute changes their House Democratic colleagues are powerless to oppose. Once the bill goes to the Senate floor, “almost anything could happen,” Rep. Andy Levin (D-Mich.), who is also promising to withhold his vote on the infrastructure bill, explains. “It’s not about, ‘I don’t trust this or that person.’ It’s that we have to see the actual results” of the Senate negotiations. That means legislative text, not promises that could be broken on the Senate floor.

The stakes are particularly high for progressive Democratic lawmakers, whose top priorities have been incorporated into the trillions of spending in the “Build Back Better Act,” named for the slogan Biden used to describe his agenda during his campaign and after he became president. For weeks, Rep. Pramila Jayapal (D-Wash.), the chair of the Congressional Progressive Caucus, has been clear that dozens of her fellow progressives will tank the bipartisan deal without a vote on the budget bill. On Tuesday afternoon, progressives vowed to uphold that threat, despite Pelosi’s change of course. During the Congressional Progressive Caucus’ weekly meeting on Tuesday afternoon, roughly two dozen lawmakers promised to oppose the bipartisan bill until the reconciliation bill was ready—“landslide passionate support” for staying the course, Rep. Ro Khanna (D-Calif.) texted me.

Upon the news that Pelosi would hold a vote on Monday, some left-wing lawmakers and allied groups decried Pelosi’s reversal as a “betrayal.” But as the days have worn on, some progressive lawmakers see things differently. “I certainly don’t feel any distrust toward the Speaker,” Levin says, suggesting Pelosi “appreciates our clarity and team-playing spirit” in protecting Democrats’ priorities. Jones added that Pelosi “has been extraordinary in her leadership” and an “essential part” of passing both bills. Their appreciation may be because Pelosi is showing signs she won’t hold the vote after all. So far, House Democratic leaders haven’t kicked off the formal process of asking lawmakers for their votes. On Wednesday morning, the speaker said she needed to see the Senate’s legislative language for the budget bill before she holds the vote on the infrastructure package. She added that she has the unilateral authority to delay the vote.

Alignment with Pelosi is new territory for House progressives, who spent much of the last several years characterized as the speaker’s intra-party antagonizers. “We’re not giving her headaches,” Rep. Mark Pocan (D-Wisc.), a former chair of the Congressional Progressive Caucus, explains. “We’re helping her with her agenda.”