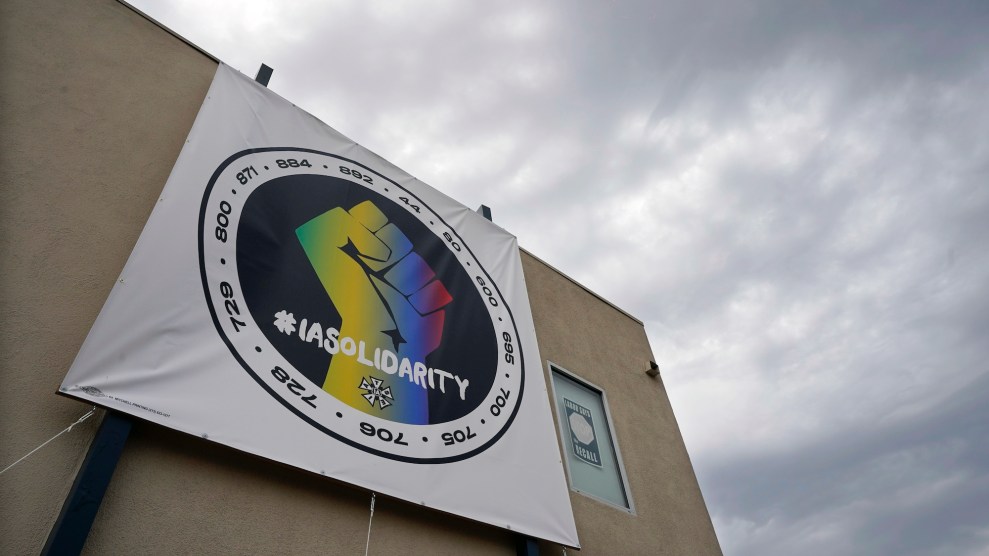 Union leaders and Hollywood producers have reached an agreement that they hope will avert a strike that was set to begin Monday. The tentative agreement provides a number of improvements in wages and benefits for the costume designers, editors, set builders, and other craftspeople who work behind the scenes to keep the entertainment industry running.

International Alliance of Theatrical Stage Employees (IATSE) President Matthew Loeb celebrated the deal, saying in a statement, “We went toe to toe with some of the richest and most powerful entertainment and tech companies in the world, and we have now reached an agreement with the AMPTP that meets our members’ needs.”

IATSE negotiated the deal with the Alliance of Motion Picture and Television Producers and put out a summary of the agreement reached Saturday. It highlights various benefits including a guaranteed living wage, a maximum work day of 14 hours, and expanded weekend rest periods for the roughly 40,000 workers it covers.

The union had been focused on improving wages for its lowest-paid members, getting real meal breaks, limiting work days, protecting weekends, and receiving a larger share of streaming revenue. Some members had been earning just above California’s $14 minimum wage while working 14-hour-plus days, including on Friday shoots that ran into Saturday mornings. The new deal includes a $20 minimum wage as well as limits on how long Friday shoots can go.

Leaders from all 13 of the locals that would be impacted by the deal signed the summary. Separate agreements are now being worked out for IATSE members outside Hollywood. Still, this progress does not guarantee that a strike will be avoided. Union locals now need to vote to ratify the deal. As Alex Press of Jacobin has reported, the result will be determined through an electoral-college-like system where each local gets a set number of votes that then are allocated on a winner-take-all basis.

Some members have posted on social media that the contract does not do enough to limit grueling days and other practices, but it’s not yet clear how widespread those views are. There has been criticism, for example, that the contract would allow for 14-hour workdays, not including time spent commuting.

For months, negotiations between IATSE and AMPTP stalled. Then, earlier this month, IATSE members voted to authorize a strike if a deal could not be reached. In a sign of overwhelming support, nearly 90 percent of members cast votes and 98 percent of them voted to give union leaders the power to call a strike. On Wednesday, with negotiations still stalled, IATSE announced that the strike would begin Monday at 12:01 a.m. if producers didn’t reach an agreement. IATSE says it was the deadline that pushed producers to negotiate with more urgency. “Solidarity is more than a word,” Loeb said. “It’s the way to get things done.”

Beyond specific demands, the negotiations focused attention on the conditions faced by the “below the line” workers whose contributions to productions are often overlooked. Earlier this month, 120 members of Congress sent a letter to the AMPTP that urged the group to negotiate in good faith and “provide living wages, sustainable benefits, and reasonable rest periods between shifts and during the workday.” The Instagram account IATSE Stories has attracted more than 160,000 followers by cataloging members’ anonymous reports of poor working conditions.

The increased awareness could strengthen IATSE’s position when it negotiates its next contract in three years. “People not in the industry know what IATSE is,” Fae Weichsel, a member of IATSE Local 600 who works as a first assistant camera, explained. “That is huge. That wasn’t a thing even a month ago.”

Weichsel is leaning toward supporting the deal. They credited IATSE Stories with helping to change the perception that people in the film industry are only twenty-somethings doing their dream jobs. “Most of us take our jobs very, very seriously,” Weichsel said. “But it is also how we make our living. It’s how we pay our rents. It’s how we pay our bills.”

IATSE had never voted to authorize a strike in its 128-year history. Its workers hold tremendous power when they are united since they can quickly shut down many productions by withholding their labor. Loeb, the IATSE president, now feels that isn’t necessary. It is now up to the workers he represents to decide whether they agree.