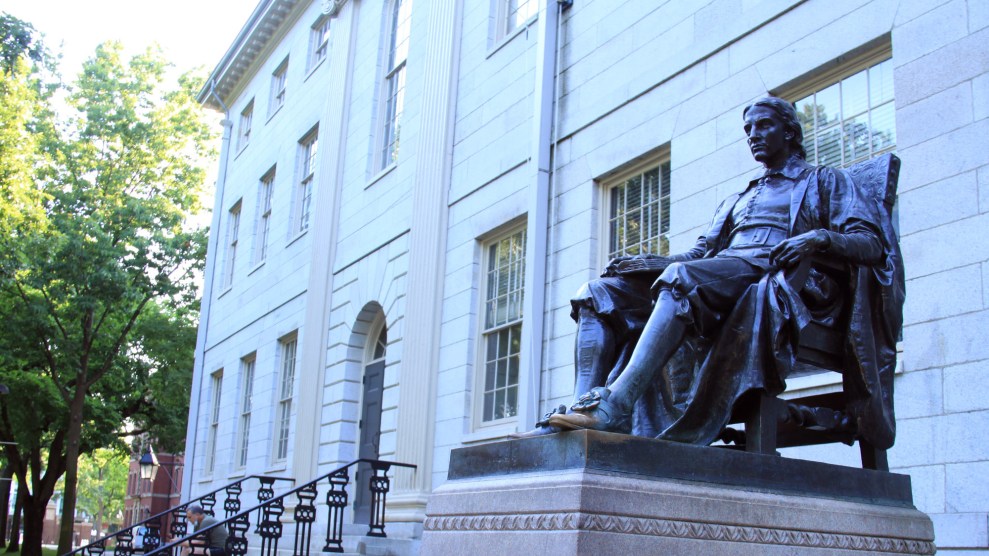 Universities must stop accepting funding from fossil fuel companies to conduct climate research, even if the research is aimed at developing green and low-carbon technology, an influential group of distinguished academics has said.

Rowan Williams, the former archbishop of Canterbury, the NASA data scientist Peter Kalmus, and prominent US climate scientist Michael Mann are among close to 500 academics from the US and the UK who have written an open letter addressed to all university leaders in the two countries, calling on them to reject all funding from fossil fuel companies.

Accepting money from fossil fuel companies represented “an inherent conflict of interest” and could “taint” essential research and “compromise” academic freedom, they wrote. For the companies, it was a chance to “greenwash” their reputations and skew the findings of research in a way favorable to them.

The letter draws a comparison to the tobacco industry and its disinformation campaigns, noting that numerous public health and research institutions reject tobacco funding for these reasons and calling on fossil fuel cash to be treated similarly.

“Academics should not be forced to choose between researching climate solutions and inadvertently aiding corporate greenwashing,”

“Universities and the research they produce are vital to delivering a rapid, just transition away from fossil fuels. However, such efforts are undermined by fossil fuel industry funding. Academics should not be forced to choose between researching climate solutions and inadvertently aiding corporate greenwashing,” the signatories wrote.

Michael Mann, director of the Earth System Science Center at Pennsylvania State University, told the Guardian: “This sort of funding has been used to compromise leading academic institutions. It’s a two-for for polluters: they purchase the imprimatur of these institutions and their presumed authority and objectivity, while funding research that often translates into advocacy for false solutions and ‘kick the can down the road’ prescriptions like massive carbon capture, which is unproven at scale, and geoengineering, which is downright dangerous. That is entirely the wrong path forward.”

Genevieve Guenther, founder and director of the End Climate Silence campaign, and an affiliate at the New School university in New York, said: “Funding research enables oil and gas companies to ground their promotional statements in enough truth to give substance to the green shadows in which they hide their most polluting and deadly activities. We must remove fossil-energy interests from our institutions so that our children can have a chance at a liveable future.”

Universities have been under pressure from their students and some academics for several years to divest their investments, such as pension funds and endowments, away from fossil fuels, and many have done so. However, this is the first major call from senior academics for them to go further and cut all research ties with fossil fuel companies.

There is no clear estimate for how much money universities accept from fossil fuel companies, as most do not publish their sources. An investigation for the Observer last year found UK universities alone had taken more than $117 million from oil companies in the previous four years.

Some scientists disagree with the letter. James Hansen, former chief scientist at Nasa and one of the first scientists to warn governments of the impending climate crisis, told the Guardian: “It’s the wrong focus, causing young people to waste their energy on unproductive activities, while they actually have the potential to lead a solution.”

Bob Ward, policy director at the Grantham Research Institute on Climate Change and the Environment at the London School of Economics, said it was reasonable for universities to accept funding from fossil fuel companies if those businesses showed genuine commitment to transforming themselves. “Fossil fuel companies that are genuinely committed to the transition [to a low-carbon economy], including net zero emissions, can and should receive help from university researchers, particularly with the development of technologies for carbon capture and storage, renewables and emissions reductions. However, universities should be careful about accepting funding directly or indirectly from oil, gas and coal companies that are not genuinely committed to the clean energy transition and which are attempting to greenwash their reputations.”

A spokesperson for Imperial College London, which the Observer found last year had accepted £54m (about $71 million) from oil companies since 2017, said: “Decarbonization is our top priority when working with energy companies. This goal requires a radical shift in industrial systems, technologies and business models in the energy sector. We are using our influence and expertise to accelerate this transition and actively engage with energy companies to push them to meet the Paris Agreement targets. We will monitor progress and only continue to work with companies who demonstrate commitment and credible action to achieving these targets.”

Some academics argue that fossil fuel funding is needed to develop the technologies necessary for a low-carbon economy, and that if western universities reject such funding it will be accepted in other countries around the world.

“Most of the major innovations and public projects that have changed history over the past century have relied on public funding.”

Guenther disagreed: “It’s a myth that fossil-energy companies are spending large sums to aid the green transition. According to the IEA’s 2021 World Energy Investment report, a mere 1 percent of fossil-energy companies’ capital expenditure is devoted to research, development or deployment of technologies that either abate or do not produce greenhouse gas emissions.”

At the end of this month, the Intergovernmental Panel on Climate Change will publish the third part of its comprehensive review of climate science, examining the potential ways of cutting greenhouse gas emissions. This will include technology such as renewable energy and nuclear power, and novel ideas such as sucking carbon dioxide out of the air.

The report will throw the spotlight on the potential technological solutions to the climate crisis, which will require tens or hundreds of billions of pounds in funding to be brought to market and deployed widely around the world.

Jason Hickel, an economic anthropologist who is signatory to the letter, said the funding should come from governments. “The US and UK are among the richest countries on Earth, and their governments enjoy total monetary sovereignty. They have the capacity to finance the necessary research many times over, at the touch of a button. Most of the major innovations and public projects that have changed history over the past century have relied on public funding for research,” said Hickel, who is professor of environmental science at the Autonomous University of Barcelona and a fellow of the LSE.

The letter did not specify whether companies with interests in fossil fuels amid a broader portfolio should be included in the ban. Ilana Cohen, a Harvard student who led the organization of the letter, said it was directed at the top 200 fossil fuel companies.

Cohen said the organizers had confined the call to US and UK universities for now as these are where many fossil fuel companies are concentrating their funding, but that it could be widened in future to a global effort.