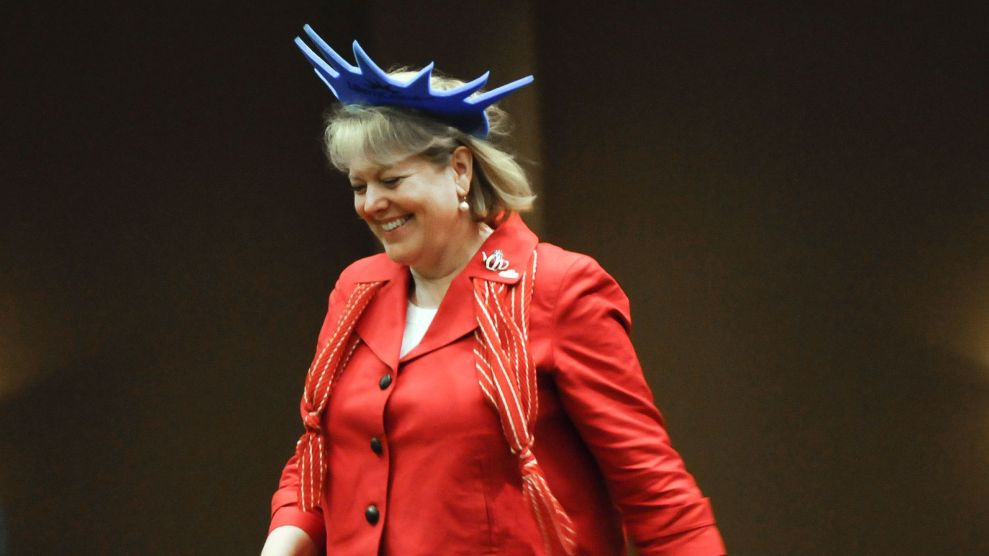 Here are some sample texts that Ginni Thomas, the wife of Supreme Court Justice Clarence Thomas, was sending to Trump chief of staff Mark Meadows in the aftermath of the 2020 election:

Allow me to state the obvious: This is fucking insane. And not just Fox News insane, but 8Chan-invoking, conspiracy theory-mongering, InfoWars-repeating, QAnon-spouting bonkers.

The Washington Post and CBS News were the first news outlets to report on the texts, which were turned over to the January 6 Committee as part of its investigation into the attack on the Capitol. They demonstrate that Ginni Thomas seemed to sincerely believe some of the most extreme conspiracy theories that spread in the aftermath of the 2020 election, including far-right fever dreams spawned in the swamps of QAnon. But they also show that she urged Trump’s top aide to overturn the election by any means necessary, as her husband ruled on cases directly related to that effort. (Ginni’s conspiracy theories notwithstanding, Clarence Thomas did join an apparently unanimous Supreme Court in rejecting Trump supporters’ most high-profile post-election lawsuit.)

The revelations have led top Democrats such as Sen. Ron Wyden of Oregon to call for Clarence Thomas to recuse himself from future cases involving the January 6 investigation and, if Trump runs for president again, the 2024 election.

It’s worth noting that this probably won’t lead to anything. Supreme Court justices have broad discretion in deciding whether to recuse, and Clarence Thomas has thus far refused to remove himself from crucial cases involving the January 6 investigation. In January 2022, he was the lone justice to dissent from the court’s ruling that Trump could not block the National Archives from turning over his records to the House select committee.

On September 16, 2021, Clarence Thomas delivered an address at Notre Dame, where he blamed what his wife might have deemed the “fake-stream” media for jeopardizing “any faith in the legal institutions.”

“The media makes it sound like you are always going right to your personal preference” he complained.

Thomas did not address the fact that his wife’s political activism has consistently tested norms governing the behavior of Supreme Court spouses, who typically retire from legal careers and cease political activism to preserve the public’s faith in the court’s nonpartisanship. Ginni Thomas has continued to hold positions of leadership in conservative groups involved in Supreme Court cases, worked to compile an “enemies list” of Republicans who her organization Groundswell deemed insufficiently loyal to Donald Trump, and consistently voiced extreme partisan comments, proclaiming that America is under attack by the “deep state” and the “fascist left,” which includes “transsexual fascists.” Thomas also attended the notorious January 6 rally on the ellipse that preceded the attack on the Capitol, although she says she left before the actual riot because she was “cold.” No less a model of sanity than Donald Trump reportedly considered her a “wacko.”

Ginni Thomas has attempted to dispel mounting concerns over her activity by claiming that she and her husband occupy separate “lanes” and asserting that the two of them don’t discuss politics.

“The legal lane is my husband’s—I never much enjoyed reading briefs and judicial opinions anyway and am quite happy to stay out of that lane,” she told the Washington Free Beacon.

These remarks were made before Thomas’ texts to Meadows came to light, and she has yet to go public with another denial. With the caveat that there is still no evidence that Ginni Thomas’s personal beliefs have affected her husband’s rulings, it’s beyond dispute that the wife of a sitting Supreme Court justice spent months in thrall to fantastical conspiracies that would make Tucker Carlson blush.