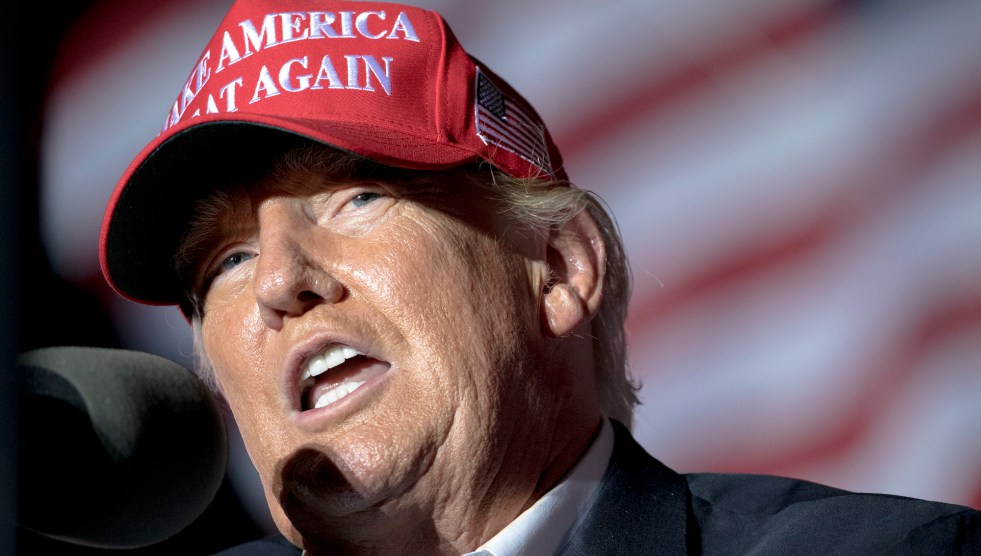 Jury selection began in New York City this week for the criminal trial in which former president Donald Trump’s companies face charges for dodging taxes. Even after the judge in the case dismissed about half of the 130 potential jurors called—many because they made clear that they did not think they could be impartial—the remaining jurors quizzed by attorneys on both sides displayed remarkable antipathy toward the former president.

“I think Mr. Trump has no morals, I think he thinks only of himself. I think he is a criminal. I think he’s done irreparable damage to this country,” one potential juror responded to an attorney for the Trump Organization on Tuesday morning when asked if he had any strong feelings about Trump.

The man said his belief that Trump has terribly harmed the country was exactly why he could be impartial: “Anything he has done, to do with anything here is trivial compared to all that,” the man said.

Ultimately, that potential juror was dismissed, but as he gave his assessment of Trump’s character it sent ripples of amusement through the dozens of other prospective jurors waiting their turn to be interrogated by the judge and attorneys and set off a loud clattering of keyboards from the throng of reporters at the back of the courtroom.

A woman who was also eventually dismissed said that as a native New Yorker, she also had a very poor view of Trump, specifically the way she believes he does business. “Growing up I knew people who worked in Atlantic City who never got paid by him,” she said, going on to list other issues she had with Trump’s companies. “To have that experience, of many companies that he’s been associated with being, in my mind, associated with fraud—but I would set that aside.”

Another person who said she strongly disliked Trump and disagreed with his Supreme Court Justice picks as president still made it onto the jury. No jurors interviewed openly expressed any particular sympathy or affection for Trump, and among jurors who didn’t have something negative to say, Trump at best seemed to elicit boredom.

In total, over the first day and a half of jury selection, a total of seven jurors were picked—11 more are needed to complete the jury and a slate of alternates. The trial itself could start as early as Monday.

The case was brought by the Manhattan District Attorney’s office, with the charges originally being filed last summer by then-D.A. Cy Vance Jr., who has since left office. His successor, Alvin Bragg, is continuing the case—which also targeted Trump’s chief financial officer Allen Weisselberg—but stopped short of charging Trump. When the charges were announced, many legal pundits dismissed the case as a defeat for those who hoped to hold Trump legally accountable for his actions, because Trump was not personally charged with wrongdoing.

But in court on Tuesday, attorneys for both Trump Organization corporations charged by the D.A.’s office told jurors that this trial would, in fact, be all about Trump.

“It is kind of a mom and pop family run business,” said William Brennan, an attorney representing the Trump Payroll corporation. The company is so small that jurors will hear all about the role that Trump played in allegedly helping perpetuate tax fraud, he said. “You’ll also see people will say that he approved this, he approved that—he’s going to be in the mix a little bit,” Brennan added. “He won’t physically be here, but you’ll hear references to him.”

“His conduct will be at issue,” Susan R. Necheles, an attorney representing the Trump Corporation told jurors. “There will be documents about Mr. Trump, documents you will see that the prosecution will show with his signature on it, people who will testify about him.”

At the heart of the trial is a fairly simple question: Did the Trump Organization intentionally underreport what it paid employees?

Prosecutors pushed back on that, insisting the trial would be about the companies and the tax fraud—not a referendum on Trump himself. But the former president’s attorneys emphasized the opposite, perhaps trying to provoke jurors into openly admitting their dislike for Trump. Yet, according to financial documents detailing the Trump Organization’s inner workings, Trump is almost exclusively the owner of all companies in his empire—and when he took office in 2017, he argued that his relationship with the businesses was so intertwined that he couldn’t possibly divest himself from because the process would be too complicated.

At the heart of the trial is a fairly simple question: Did the Trump Organization intentionally underreport what it paid employees? Prosecutors will argue the organization did so by paying base salaries that were reported to tax authorities and then providing additional lavish perks to employees in the form of apartment leases, luxury cars, private school tuition and cash that was not reported.

Prosecutors have already revealed that they possess documents including checks signed by Trump made out to the private school attended by Weisselberg’s grandchildren. Weisselberg, who oversaw the day-to-day finances of Trump and his companies for decades, personally pleaded guilty to tax fraud charges in August, admitting that he did all of the things prosecutors have accused him of—and he will testify that he did so.

Two of Trump’s attorneys in this case, Brennan, and Michael van der Veen, both represented Trump in his second impeachment trial where they pugnaciously defended the former president for his actions on Jan. 6. During the impeachment trial, van der Veen’s home was reportedly vandalized and he complained of protesters outside his office, but on Monday he flashed a broad smile for reporters and announced, “We love New York!” as the legal team left the courthouse.

In other court cases Trump faces, his attorneys have sometimes appeared more interested in trying the case in the court of public opinion. In a hearing in a separate civil investigation launched by New York Attorney General Letitia James, a Trump attorney at one point demanded to know why James was not pursuing former Democratic presidential nominee Hillary Clinton. But, for most of the first two days of the trial, the process seemed to be moving along quite conventionally.

That may change: Trump’s attorneys did show signs over the first two days of the trial that they are happy to bicker over nearly anything—early on Tuesday, the Trump defense team attempted to have 18 jurors tossed because they witnessed another potential juror be surrounded by attorneys and interrogated about her political beliefs.

“Those folks were visibly chilled,” Trump Payroll attorney Alan Futerfas told justice Juan Merchan, the judge overseeing the trial in Manhattan’s New York Supreme Court. Futerfas went on to express what he said was deep concern about the phrasing of questions on a written questionnaire distributed to potential jurors. Judge Merchan quickly dismissed both of the complaints, saying he saw no reaction from jurors—and pointing out that Futerfas and other Trump attorneys wrote the very questions they were now complaining about.

And then there’s the question of just what Weisselberg will say and do when he shows up at the trial. As the CFO of the Trump Organization, Weissleberg is potentially a powerful witness for the prosecution—and he has agreed to a deal whereby he will serve only five months in jail if he is cooperative in his testimony. But he has staunchly refused to testify against Trump personally, and Trump’s attorneys have indicated they will argue that Weisselberg—who is on leave from his job but remains a paid employee of Trump—is a liar who did not do the things that he has agreed to go to jail for.

Trump himself has reacted to the trial with his typical and perhaps not entirely coherent fury, posting on Truth Social that Weisselberg—who his lawyers are arguing is a liar—was “tortured” into his testimony.