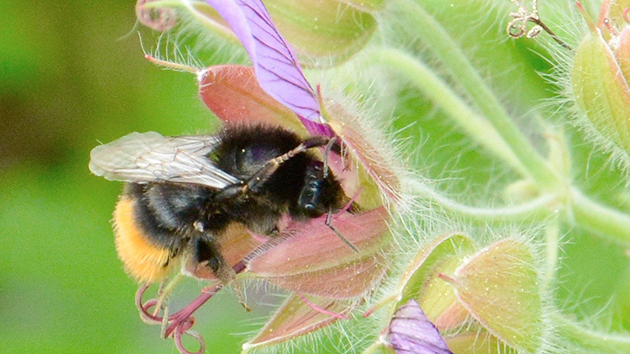 Bees are having a really hard time right now. For about a decade, they’ve been dying off at an unprecedented rate—up to 30 percent per year, with a total loss of domesticated honeybee hives in the United States worth an estimated $2 billion.

At first, no one knew why. But as my colleague Tom Philpott has reported extensively, in the last few years scientists have accumulated a compelling pile of evidence pointing to a class of insecticides called neonicotinoids. These chemicals are widely used in commercial agriculture but can have lethal effects on bees. Other pesticides are also adding to the toll. So are invasive parasites and a general decline in the quality of bees’ diets.

Clearly, that combination of factors poses a pretty serious problem for anyone who likes to eat, since bees—both the domesticated kind and their wild bumblebee cousins, both of which are in decline—are the main pollinators of many major fruit and nut crops. The problem is so severe that this spring President Barack Obama unveiled the first-ever national strategy for improving the health of bees and other key pollinators.

Bees “are in serious and immediate risk from human-caused climate change.”

Now, it appears that lurking in the background behind the ag-industry-related problems is an even more insidious threat: climate change. According to new research published in the journal Science, dozens of bumblebee species began losing habitat as early as the 1970s—well before neonicotinoids were as widespread as they are today. Since then, largely as a result of global warming, bees have lost nearly 200 miles off the southern end of their historic wild range in both the US and in Europe, a trend that is continuing at a rate of about five miles every year.

As temperatures increase (the US is about 1.5 degrees Fahrenheit warmer today, on average, than in 1900), many plant and animal species in the Northern Hemisphere are shifting their range north. But by analyzing a vast archive of bee distribution records reaching back more than a century, ecologists at the University of Ottawa showed that bees are not joining that trend. Instead of shifting north like many other species, the bees’ range is only compressing in from the south, leaving less and less available habitat. That finding is illustrated in the chart below (and explained in more detail in the video at the bottom of this post, produced by Science). 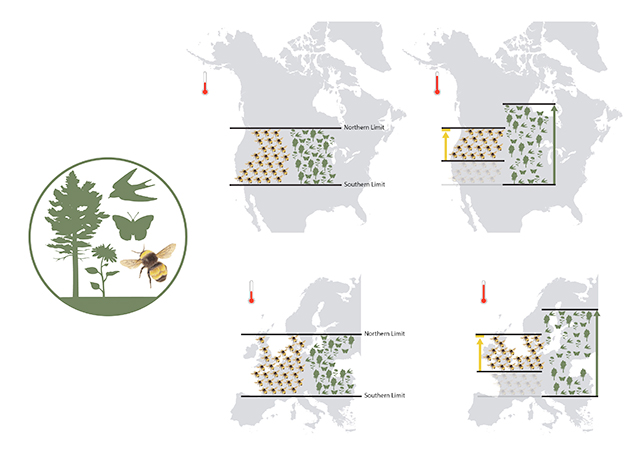 In a call with reporters, lead scientist Jeremy Kerr stressed that although pesticide use is a critical cause of bee mortality at local levels, it doesn’t explain the continent-wide habitat shrinkage that stands out in the bee data. But temperature trends do.

“They are in serious and immediate risk from human-caused climate change,” Kerr said. “The impacts are large and they are underway.”

The question of why bees aren’t pushing northward is a bit trickier, and it isn’t resolved in this paper. But Kerr said he suspects the answer could be the relatively long time it takes for bees to reach a critical mass of population that can be sustained in new places.