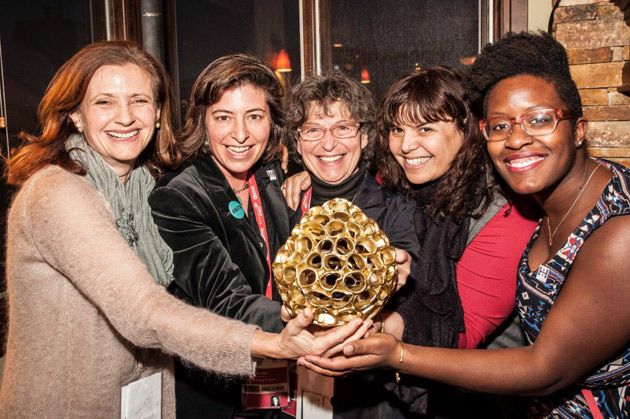 Judith Helfand, Julie Parker Benello, and Wendy Ettinger have spent a combined 55 years in the documentary business, enough to know how hard it can be, particularly for women, to get a film made—and seen. Plenty of women have great ideas, “but they don’t have the resources to be able to get to the next step,” Helfand says.

To fix that, the three colleagues launched Chicken & Egg Pictures, which since 2005 has raised and distributed more than $2.8 million “incubating and hatching” more than 140 woman-led film projects. Filmmakers rely on them for seed money or funding to push a nearly completed project over the finish line. “They were pretty much the first filmmaking funder that got behind the project,” recalls codirector Martha Shane, whose new film, After Tiller (read our review), follows America’s last remaining providers of third-trimester abortions.

It’s more than just money. Chicken & Egg mentors directors in the editing suite and helps them market the finished product. “Financial support was great, but the creative and emotional support was almost even better,” Shane says.

Two Chicken & Egg-backed films have won Oscars for short documentary: Freeheld (2007) follows a lesbian couple’s battle for pension benefits, and Saving Face (2012) profiles a Pakistani surgeon and two of his patients—women attacked by acid-throwing men. The Barber of Birmingham (2011) and Kings Point (2012), also backed by C&E, were Oscar nominees. “The early grants for films are always the hardest to get,” says codirector Rachel Libert, who got $20,000 to kick-start 2011’s Emmy-nominated Semper Fi: Always Faithful, a film about Marines and families exposed to toxic chemicals on a military base. “It’s a leap of faith.”