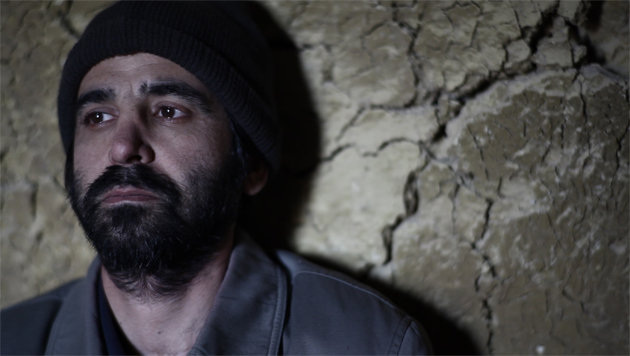 Among artists who defy totalitarian regimes, Iranian director Mohammad Rasoulof is both magnificently and horrifically situated to convey how art can be used to confront oppression.

Since serving a one-year prison sentence in 2010 for attempting to make a film in support of the pro-reform Green movement, the 40-year-old has lived a paradoxical existence. On the one hand, he is a renowned director, the recipient of two top prizes from the Cannes Film Festival and a Hamburg fellowship that allowed him and his family to escape the country. On the other hand, he is “a man whose head is chopped off from his body,” as he put it recently at the 40th Telluride Film Festival in Colorado.

“My body may have been in Hamburg for the last few years,” said Rasoulof, “but my mind and heart—everything I think and want to feel—are in Iran. One thing I’m really afraid of is to be disconnected in that way for a long time. It’s the most fearful prospect I can think of.”

Rasoulof was in Telluride for the US premiere of his clandestinely made “Manuscripts Don’t Burn,” his fifth feature. It could easily land him back Tehran’s notorious Evin prison if he were to return home. The film is based on the 1988-1998 Chain Murders, when a series (or chain) of more than 80 writers, translators, poets, political activists, and ordinary citizens were killed by government operatives for criticizing the Islamic Republic. 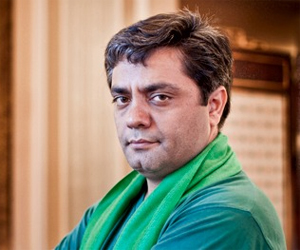 “Manuscripts Don’t Burn” is Rasoulof’s most realistic and directly political film so far, a significant departure from more allegorical and metaphorical movies like “Iron Island” (2005) and “The White Meadows” (2009). The story centers on a poet and novelist in Tehran who, in their quest to publish a book about one grizzly incident of the Chain Murders, are terrorized by a fellow intellectual turned state security henchman. The story is also about the working class purveyors of government terror, particularly a blank-faced man named Khosrow, whose day job as a murderer of dissident artists allows him to pay his ailing son’s hospital bills.

Rasoulof explains that the character of Khosrow was inspired by an experience in prison. Rasoulof’s habit is to get up every morning and drink a cool glass of water. That ritual ceased in prison. But one day, he woke and found his burning hot cell intolerable. Rasoulof rang the bell for the guard, asked for water, and was rebuked. When the next guard came on shift, he tried again. Not only did the second guard bring him a glass of water, he did so every time he arrived for work at the prison.

“I came to see that those working as the prison guards and executioners in this system are human, too,” Rasoulof said. “They don’t have horns. They aren’t animals. There must be some reason why they do what they do.”

The sympathetic depiction of Khosrow, his loving family, and his impoverishment by medical bills helps lift “Manuscripts” beyond a political polemic to a layered meditation on the human condition. Rasoulof’s story of early 1990s Iran could well be one of 2010s China or 1930s Russia. Indeed, the title of the movie comes from Mikhail Bulgakov’s novel The Master and Margarita, a critique of Soviet society and its literary establishment in which a manuscript that cannot be burned plays a central role.

Rasoulof acknowledges that in his person and movie making, art and reality have blurred. “The film was like a rock, a pebble in my throat,” he explained. “I feel unburdened now that I have removed it.”

But the burden of fear remains. “Every Iranian filmmaker has tried to pave a road for himself,” he said. “Some had to bend and not make films. Others, like Jafar Pahani, are sequestered in their homes. Many have no work. I just really need to rest now. This film really aged me. My hair went gray overnight.”

Nevertheless, Rasoulof says he intends to return to Iran. This may be possible under the newly elected president Hassan Rouhani, who has spoken of a need for a “bowed silhouette of freedom” and the release of political prisoners. But will the authorities be able to ignore the acclaimed filmmaker’s harsh indictment of Iranian authoritarianism, even if the events of “Manuscripts” took place more than 20 years ago?

“I don’t consider myself a political person,” Rasoulof told a rapt audience during his Telluride Film Festival tribute. “I don’t know anything about politics. I make films about the human condition. But the reality is that in a dictatorship everything is political.”