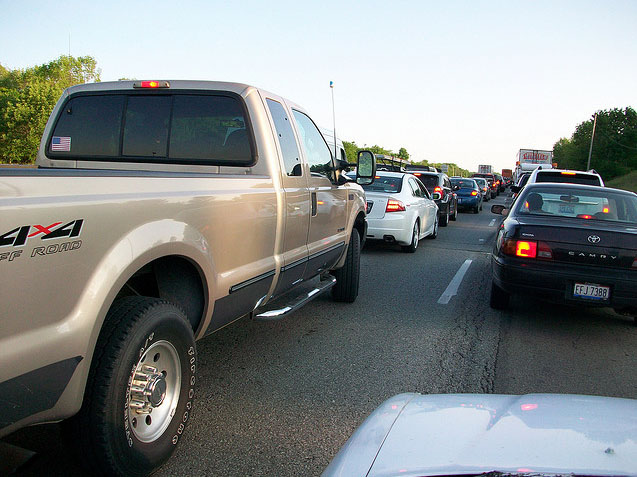 With any hope that Congress will pass a climate and energy bill in 2010 now completely nonexistent, several environmental groups are turning their attention to a goal they think is achievable this year: raising the fuel economy standards for automobiles in the US to at least 60 miles per gallon over the next 15 years.

The Natural Resources Defense Council, Sierra Club, and Environment America announced a new campaign Thursday to push the Obama administration to set ambitious goals for the country’s automobile fleet in the coming months. Enviros also want the Environmental Protection Agency to lower the limit on greenhouse-gas emissions to 145 grams per mile.

The administration is expected to release guidance on future increases in fuel economy at the end of the month, following this spring’s significant raising of standards. In April, the Obama administration announced new rules that will require light vehicles to get 35.5 miles per gallon by 2016, up from the previous average of 27.5 miles per gallon. (The standard had been stuck at that level since 1990.) The rules combine guidelines for how much fuel the fleet should use with standards for emissions, and also require that vehicles emit less than 250 grams of carbon dioxide per mile. Improving the efficiency of automobiles is a significant step in fighting global warming: personal automobiles are responsible for about 60 percent of emissions in the transportation sector, and that sector alone accounts for nearly a third of all US emissions.

Environmentalists say the goal is entirely obtainable and should be a priority for the administration. “[Automakers] have the know-how to put the technology to work,” said David Friedman, research director of the Clean Vehicles Program at the Union of Concerned Scientists. “We’re just asking them to do what they already know how to do.”

Freidman said the goal can be met with by offering more alternative-fuel vehicles and improving the efficiency of gasoline-powered models. He suggested that a realistic breakdown for achieving that goal would be moving 55 percent of the auto market to hybrids by 2025, increasing the number of plug-in hybrids and electric-battery vehicles to 15 percent. “We’re looking for a hybrid in every garage and a plug-in vehicle on every block,” he said.

The groups estimate that the increase would save 49 billion gallons of fuel and cut 535 million metric tons of planet-warming gases by 2030. Debbie Sease, national campaign director for Sierra Club, pointed to the Gulf oil disaster and the recent spill in Michigan as factors that should ignite public support for a significant increase in standards for automobiles. The coalition has launched a website, Go60mpg.org, and plans a media and grassroots campaign to back their proposal.

The Environmental Protection Agency and the National Highway Traffic Safety Administration (a division of the Department of Transportation) are supposed to release initial proposals by the end of September. It’s not clear how ambitious those standards will be, but automobile efficiency has been a significant focus for the administration; last week, the Environmental Protection Agency announced that it is considering a plan to put stickers on automobiles with a letter grade based on their fuel-efficiency.

A spokesman for the Alliance of Automobile Manufacturers could not be reached for comment on the proposal.

UPDATE: Dave McCurdy, president and CEO of the Auto Alliance, released a statement dismissing the campaign Thursday afternoon: “Just last year automakers supported reaching 35+ MPG by 2016, and before we have even achieved those new heights, the calls have begun to almost double mileage. Clearly we live in a period of extreme political volatility, and some groups are promoting their political wish list prior to the elections. Instead of plucking numbers out of the air, we should base policy on science and expert reviews of all the factors, like affordability of technology, availability of low-carbon fuels and the state of the electric infrastructure.”