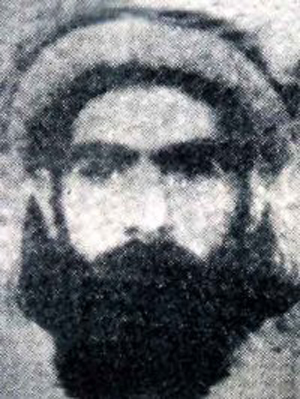 For a man of God, Mullah Omar Muhammad—chief of Afghanistan’s Taliban, self-pronounced “leader of the faithful”—is starting to sound a lot like John Boehner. Confident of victory over his foes, Omar appears to be already picking out the drapes for his head-of-state residence in Kabul…not unlike a certain would-be Republican speaker of the US House.

Omar displayed his triumphal confidence in an open “message of felicitation” commemorating the Muslim feast holiday of Eid. In it, the would-be emir spills little ink on the holiday itself, instead declaring that “the victory of our Islamic nation over the invading infidels is now imminent,” outlining how the Taliban will handle its transition to power in Kabul, and threatening to do very nasty things to Afghans who cooperate with NATO or the Karzai government.

Of course, Omar and his band of merry men are no strangers to press releases. But his new message really turns the “hubris” dial up to 11. Excerpted below are a few of his greatest “felicitous” hits.

The subjugation of this free people as per your envisaged plans is impossible. Still if you want to make the “impossible” possible by extending your stay in Afghanistan, then, as its price, be ready to lose the sovereignty of your vast empire.

All those who work in the stooge Kabul Administration should hear with open ears that the invading enemy is about to leave Afghanistan due to the Jihad of the Afghan Muslim people, so before you have to face the fate of Najib, Babrak and Shah Shuja on charges of collaboration with the foreigners…you should abandon the support of the invaders and join the ranks of Mujahideen by repenting of your past deeds. [Note: Najib, also called Najibullah, was the Afghan president installed by the Russians in the 1980s; when the Taliban took Kabul in 1996, they reportedly left Najibullah for dead, “hanging from a Kabul lamp post with his genitals stuffed in his mouth.”]

And here’s the 2010 party platform for the Islamic Emirate of Afghanistan—do we really have to wait for a proper inauguration?:

We will respect the Islamic rights of all people of the country including women; will implement Sharia rules in the light of the injunctions of the sacred religion of Islam in order to efficiently maintain internal security and eradicate immorality, injustice, indecency and other vices; will strictly observe the law of punishment and reward and auditing in order to bring about administrative transparency in all government departments. The violators will be dealt with according to the Sharia rules.

Anyway, read the rest here. Regardless of how you feel about America’s adventure in Afghanistan, you’ve got to hand it to the Taliban: These fundamentalist Muslims have some serious chutzpah.