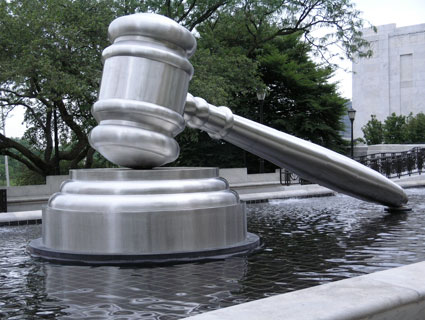 On Tuesday, a three-judge panel of the 4th Circuit Court of Appeals becomes the first federal appellate court to hear challenges to President Obama’s signature health care reform law. The judges assigned to hear the cases were picked at random. Remarkably, the judges hearing the health care arguments Tuesday were all appointed by Democratic presidents—two by Obama himself, and one by Clinton. The makeup of the panel bodes well for the Obama administration, as well as for Neal Katyal, the Indian-American acting Solicitor General who will be defending the health care law in Richmond. But it also illustrates what liberal advocates have been emphasizing to the White House for more than a year: judicial appointments matter.

A few years ago, such a random assignment of democratic appointees would have been unthinkable. For decades, the 4th Circuit has been considered the most conservative in the country. Until very recently, it was dominated by judges nominated by Republican presidents at the urging of uber-conservative senators Jesse Helms (R-N.C.) and Strom Thurmond (R-S.C.).

Though it covers an area with the largest African-American population of any federal circuit, the appellate court didn’t even see its first minority judge until 2001. It voted against death-row inmates and sexual harassment and discrimination plaintiffs at a rate higher than any other court in the country, and was famous for attempting to invalidate popular but liberal laws passed by Congress, such as the Violence Against Women Act, which expanded federal prosecution of domestic violence and other crimes against women. The 4th Circuit even made big news a few years back when it ruled that the landmark Supreme Court establishing Miranda rights for criminal suspects was unconstitutional. (The Supreme Court didn’t look so fondly on that decision, and it was struck down.)

Four members of the current court were nominated by George W. Bush, one by his father, and there’s still one remaining Reagan appointee. The rest are Democrats. But as of 2003, the court was made up of eight Republicans and four Democrats, with President Bush poised to appoint several more judges to the court. Now, however, thanks to four Obama nominees, democrats make up nine of 14 judges on the court.

Despite the lucky draw in the 4th Circuit, critics have long contended that Obama has not made judicial appointments a priority, a move that’s bound to affect the staying power of his agenda. To be sure, the Senate has obstructed many of Obama’s appointments thanks to Senate Minority Leader Mitch McConnell’s “just say no” strategy. But Obama has also failed to nominate judges to fill nearly half of the 100 vacancies on the federal bench.

Purists argue that the outcome of the health care reform challenges should be the same regardless of the political backgrounds of the judges hearing them, and that their determination should be based solely on the Constitution. But that’s naive. Just look at the health care cases the 4th Circuit is hearing Tuesday. There have been two lawsuits challenging the law in Virginia, one by the state attorney general Ken Cuccinelli, and the other by Liberty University, both claiming the individual mandate is unconstitutional. The outcomes in those cases couldn’t be more different. One district court judge, Norman Moon, was appointed by Bill Clinton. He found the law constitutional. In the other case, Judge Henry Hudson, found that it wasn’t. He was appointed by George W. Bush.