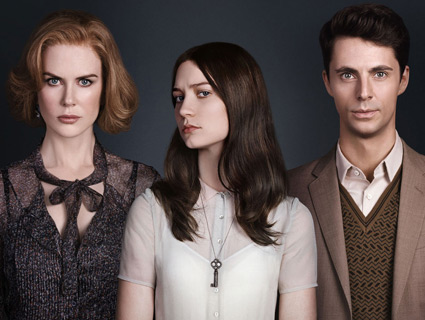 This didn’t have to be Park Chan-wook‘s first English-language film. Years ago, the South Korean director (famous for films, like Lady Vengeance and Oldboy, that are equal parts gruesome and poetic) was approached by Sam Raimi to helm the Evil Dead remake. Park graciously turned him down. Later on, he was offered the chance to direct the Cold War flick Tinker Tailor Soldier Spy, starring Gary Oldman and Colin Firth. He turned that down too and it went on to snag Oscar nominations in acting, writing, and music.

Instead Park opted for Stoker, a gorgeously insane family drama written by the star of the defunct Fox series Prison Break, and produced by the late action-film maestro Tony Scott and his brother Ridley.

So why this one? According to the 49-year-old director, the decision was based on a mix of love and fear. “It wasn’t a matter of not being drawn to those particular genres—it’s completely the opposite,” Park told me. “It was purely a matter of loving to bits these two films. With Tinker Tailor Soldier Spy, I loved John le Carré’s original novel so much. And Sam Raimi’s original Evil Dead is a film I completely adore. That is why I didn’t want to touch them: Out of the fear that I would not do the original justice, that I might ruin them.” 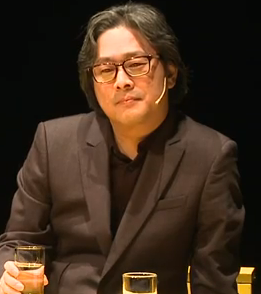 It’s a shame we won’t get to see what his riff on Raimi or le Carré would look like. But the English-language debut we are getting from him is potent, frightening, and darkly seductive—all hallmarks of a Park Chan-wook joint.

Much of Park’s filmography is composed of deliriously twisted and graphic tales—rapturously shot, uniquely stylish—imbued with the passion of a Greek tragedy. Park has already excelled in a number of genres: He directed the single best movie involving the DMZ between South and North Korea. But with Stoker, Park is squarely at home: A small, modern-day story about extraordinarily screwed-up people. Park turns the Hitchcock up to 11 while showcasing his abilities to elevate the grisly and deeply perverse to the level of macabre elegy.

Stoker takes place in a wealthy rural town straight out of gothic America. Bullied emo-teen India Stoker (Mia Wasikowska, formerly Alice in Wonderland, and featured in last year’s terrific Lawless) loses her father (Dermot Mulroney) to a supposed car accident on, as luck would have it, her 18th birthday. On the day of her dad’s funeral, long-lost Uncle Charlie (Matthew Goode, in top eldritch form) shows up and decides to move into the Stoker estate. Charlie’s icy charisma and proficiency in gourmet cooking is enough to literally charm the pants off India’s newly widowed mom Evelyn (Nicole Kidman, last seen urinating on Zac Efron with a Southern accent in a Lee Daniels art film). And from there, dour India and mysterious Uncle Charlie start doing a bunch of bleak and unforgivable stuff in a murder-drenched coming-of-age saga.

I won’t spoil any of the film’s surprises, but here’s its trailer to supplement the requisite summary:

There is much to love about the tense, multi-layered Stoker, which unfolds like a slow-burning psychotic fever dream. The acting is uniformly strong. The fluid camerawork and striking shot composition evoke a latter-day Goya. (Look out for the scene in the family’s dimly lit basement, in which swinging light fixtures paint a portrait of quiet terror.) The dialogue is riveting, and the pitch-black humor lacerates. The script was penned by Wentworth Miller, who deftly drew inspiration from Bram Stoker’s Dracula (the film’s namesake) and Shadow of a Doubt.

Stoker is, to put it modestly, damn thrilling. But perhaps the most impressive thing about it is its haunting orchestration of sounds. The most unremarkable noises—the squishing of a hard-boiled egg, the beat of a metronome, the unfastening of a waist belt—are amplified and crafted in ways that produce a soundtrack to claustrophobic horror. The result is mind-blowing aural artwork that lends the film a depraved energy. “Just like a composer who is writing music for an orchestra, I have to approach the soundscape of a film from a holistic approach,” Park explained to me. “Only when the filmmaker is able to take a holistic approach does the film become enriched…Designing sound for a film is to tap into the audience’s subconscious.”

Stoker taps into your subconscious, alright—whether it does so in a manner that intoxicates or inspires nightmares depends entirely on your appetite for ravishingly deviant cinema.

Stoker gets a wider release on Friday, March 15. The film is rated R for disturbing violent and sexual content. Click here for local showtimes and tickets.