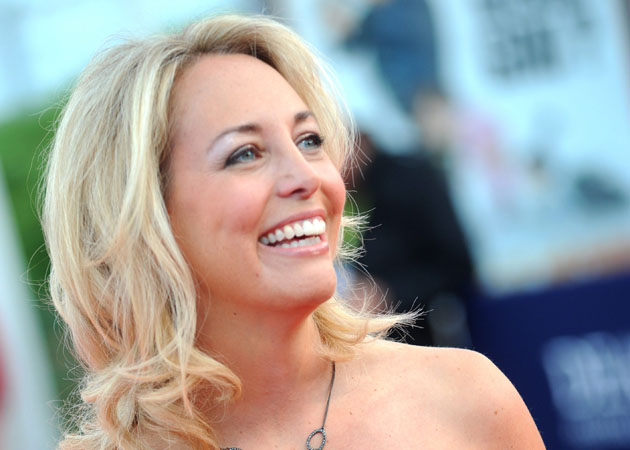 Former CIA Agent Valerie Plame poses on the red carpet as she arrives for the premiere of the movie "Fair Game."<a href="http://zumapress.com/zpdtl.html?IMG=20100909_zaf_m17_077.jpg&CNT=12">Franck Castel</a>/Wostok Press

The pending nomination of James Comey to become FBI chief is a poke in the eye with a very sharp stick for the Cheney crowd. Comey, deputy attorney general during the W. years, has drawn criticism from civil libertarians for being part of an administration that waterboarded (though Comey reportedly opposed the justification of this practice), yet Comey is best known for saying no to a top-secret surveillance program much beloved by Vice President Dick Cheney and his lieutenants. He successfully defied the Bush-Cheney White House on this point in a dramatic encounter in a Washington hospital room, when top Bush advisers tried to bum-rush an ailing Attorney General John Ashcroft into authorizing an extension of the program after Comey, then the acting attorney general, had refused. But Cheney and his crew have another good reason to be aghast at the thought of Comey leading the FBI: he was the guy who started the independent Plamegate investigation that ended up tainting Cheney and convicting Scooter Libby, Cheney’s chief of staff, of serious crimes.

This affair began in the summer of 2003. It was months after Bush and Cheney had launched the invasion of Iraq. No weapons of mass destruction—the central selling point for the war—had been found. And former Ambassador Joseph Wilson wrote a New York Times op-ed that disclosed he had been sent by the CIA to Niger in 2002 to check out a secret report that Saddam Hussein had tried to procure uranium there supposedly for use in a nuclear weapon program. (Cheney had asked the CIA to investigate this allegation.) In his article, Wilson noted that he had reported back to the CIA that there was little reason to accept this sketchy report of Iraqi uranium shopping.

With this op-ed, Wilson supercharged the ongoing controversy over whether the Bush-Cheney White House had purposefully misled the nation into war. Immediately, Wilson became a target for furious White House aides—particularly those in Cheney’s shop—and their allies, who mounted a fierce campaign to discredit him. In the ensuing dust-up, conservative columnist Robert Novak reported that Wilson’s wife, Valerie Plame, was a CIA officer, thus blowing her cover. (She had been an covert officer who managed operations aimed at gathering intelligence on Iraq’s weapons programs.)

It is a federal crime for a government official to knowingly reveal the identity of a clandestine officer. Novak’s two sources, we now know, were Richard Armitage, a senior State Department official then, and Karl Rove, Bush’s top White House adviser. But this was not public information at the time, and a few months after the Plame leak, the Justice Department, acting at the request of CIA chief George Tenet, began an investigation of the leak.

As Michael Isikoff and I reported in our book, Hubris: The Inside Story of Spin, Scandal, and the Selling of the Iraq War, the ongoing Plamegate investigation was a hot topic in October 2003 when Comey, whom Bush had nominated to be deputy attorney general, appeared on Capitol Hill for his confirmation hearing. At this point, Democrats were demanding a special prosecutor for the case, noting that because the trail possibly led to the White House, Ashcroft could not be trusted to conduct an independent investigation.

During the hearing, Sen. Chuck Schumer (D-N.Y.), held up a chart entitled “A Tangled Web…?” that showed the various connections between Ashcroft and White House officials, including Rove. Schumer, who had helped Comey become US attorney in New York two years earlier, pressed Comey on whether he would support the appointment of a special counsel in the leak case. Comey wouldn’t comment on the particulars of the case or make a commitment. But he did say he believed in erring “on the side of caution” on ethics issues. “I don’t care about politics,” he noted. “I don’t care about expediency. I don’t care about friendship. I care about doing the right thing.”

Comey was confirmed in early December. Schumer called with congratulations and told him that he had a month. That is, a month to do the right thing on the CIA leak case.

So began the investigative activity that would lead to the trial and conviction of Scooter Libby for lying to FBI agents and the grand jury.

Comey took less than a month. It turned out that Ashcroft and his aides were not eager to have Ashcroft retain authority for the leak investigation. It was bad politics and could harm Aschforft’s own political standing—and he still dreamed of running for office again. Comey discussed the case with Ashcroft, and on December 30, 2003, he called a surprise press conference to announce that in “an abundance of caution,” Ashcroft and he had decided that the attorney general and his entire personal staff should recuse themselves. And there was more news: Comey was turning over the case to his close friend Patrick Fitzgerald, the US attorney in Chicago. Fitzgerald would assume control as a special counsel. This meant that Fitzgerald would not have report to Comey or anyone else at Justice about this inquiry. Comey was granting Fitzgerald tremendous powers held by no other federal prosecutor in the nation. Even independent counsels of the past, such as Kenneth Starr, had at least been accountable to a three-judge panel that oversaw their work. Fitzgerald would be answerable to no one.

Comey and Fitzgerald had years earlier worked on cases together at the US attorney’s office in New York, and Comey noted that Fitzgerald had a “sterling reputation” and was “absolutely apolitical.” Fitzgerald was, Comey remarked, “Eliot Ness with a Harvard law degree and a sense of humor.”

Fitzgerald wasted no time. That day, he met with the lead FBI agent on the case and began plowing through a thick binder filled with 40 dense FBI reports that summarized the interviews the FBI had already conducted for the leak case. By New Year’s Day—two days later—Fitzgerald had read them all and had plenty of ideas about aggressively moving the case forward. Soon after, Fitzgerald expanded the scope of the investigation beyond determining who had leaked the information and whether the leak was a violation of law. He got Comey to write him a letter (which wasn’t made public at the time) noting that Fitzgerald had the authority to investigate not just underlying crimes connected to the leak but perjury, obstruction of justice, the destruction of evidence, and related crimes. Then Fitzgerald started hauling top White House officials before a grand jury.

So began the investigative activity that would lead to the trial and conviction of Scooter Libby for lying to FBI agents and the grand jury. (Bush would commute Libby’s sentence but not pardon him—a decision that deepened the rift between Bush and Cheney at the end of their White House days.) The high-profile Libby trial showed that Cheney had been driving the get-Wilson crusade and had early on learned about Valerie Wilson’s CIA employment and conveyed that information to Libby (who subsequently shared it with reporters). Fitzgerald’s investigation showed that in the CIA leak affair, Cheney and his aides put politics (discrediting Joe Wilson) ahead of national security concerns (protecting the identity and operations of a CIA officer working the WMD beat).

Comey, in a way, sicced Fitzgerald on the Cheney gang—and allowed Fitzgerald to target Libby for trying to cover up for Cheney. And thanks to Fitzgerald’s unrelenting efforts, the public saw that the Bush White House was not honest—the administration had insisted Rove was not involved in the leak—and that top Bush officials, including the vice president, had risked national security for partisan gain. (Fitzgerald, coincidentally, was on Obama’s short list for FBI director.) Comey’s role in the CIA leak story may or may not be a qualification for FBI chief. But it does show how government can work when top law enforcement officials play it straight.

Portions of this article were drawn from Hubris: The Inside Story of Spin, Scandal, and the Selling of the Iraq War, by Michael Isikoff and David Corn.