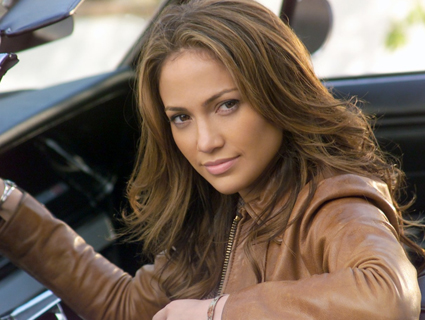 Gigli is no longer the most horrible thing J-Lo has ever done in her two-decade career.

Pop singer and actress Jennifer Lopez caused a stir over the weekend when news broke that she was appearing at the lavish birthday bash of Gurbanguly Berdymukhamedov, the 56-year-old president—and human-rights-quashing, personality-cult-driven dictator—of Turkmenistan. The party was thrown at a Caspian Sea resort in the oil-rich Central Asian country on Saturday night. Lopez is reportedly the first big-time Western celebrity to visit Turkmenistan, and she performed at the event, singing “Happy Birthday, Mr. President” before a gathering of business executives and government officials.

She of course was paid for the performance, but her publicist, Shoshanna Stone of Edge Publicity, declined to divulge much she pocketed for serenading Berdymukhamedov. With human rights activists decrying her appearance at the party and many people calling for Lopez to return the cash or donate it to an outfit that opposes repression in Turkmenistan, Stone would not say whether J-Lo—who is worth a quarter of a billion dollars—is considering such a move.

Here is video of the gig. There are some amazing fireworks at the end.

The event was hosted by the China National Petroleum Corp. (CNPC), a state-owned Chinese oil and gas company based in Dongcheng District in Beijing that has seen its fair share of accidents and controversies. (CNPC did not respond to Mother Jones‘ multiple requests for comment.)

Beyond the whole crooning for a dictator thing, human rights activists point out that the performance clashes dramatically with Lopez’s humanitarian image. “Lopez obviously has the right to earn a living performing for the dictator of her choice and his circle of cronies, but her actions utterly destroy the carefully crafted message she has cultivated with her prior involvement with Amnesty International’s programs in Mexico aimed at curbing violence against women,” Human Rights Foundation (HRF) president Thor Halvorssen said in a statement.

Looking to mitigate the PR damage, Stone claims in a statement that CNPC made a last-minute “birthday greeting” request prior to the performance, and the singer’s Marilyn-to-JFK throwback was not stipulated in her contract—as if the birthday crooning was the only problematic aspect of this episode. She emphasizes that “[t]his was not a government sponsored event or political in nature,” and notes that the “event was vetted by her representatives” and “had there been knowledge of human right[s] issues of any kind, Jennifer would not have attended.” But she did not reply to Mother Jones‘ inquiry concerning how it was possible that Lopez’s representatives (plural!) supposedly skimmed over any reference to the government’s lousy human rights record, even though such allegations are well documented and widely reported on the internet and elsewhere.

A simple Google search of “Gurbanguly Berdymukhamedov” immediately yields several reports regarding his brutal rule, during which his regime has tortured and disappeared political enemies, jailed journalists, and heavily monitored and limited internet access within the country. One of the very first items that appears following a search of his name is a Guardian story on a leaked diplomatic cable, published by WikiLeaks, which describes the leader as “vain, suspicious, guarded, strict, very conservative,” and “a practiced liar.” The diplomatic cable also reports that “Berdymukhamedov does not like people who are smarter than he is. Since he’s not a very bright guy, our source offered, he is suspicious of a lot of people.” And it notes that the dictator “did not like America.” (You’d think that this news report alone would have set off at least a couple red flags.) Another top search item slams his perpetuation of “one of the world’s most absolute and brutal dictatorships.”

The 43-year-old entertainer is hardly the first celebrity to land in hot water for performing for, or appearing in the friendly company of, a tyrant. Mariah Carey, Beyoncé, Lionel Richie, and Usher have all danced and sung for relatives of the deceased Libyan dictator Moammar Qaddafi (a gig Lopez reportedly turned down). Godfather of Soul James Brown and blues guitar legend B.B. King performed for Zaire president Mobutu Sese Seko, a vicious anti-communist authoritarian. British supermodel Naomi Campbell was caught hanging out with Charles Taylor, a convicted war criminal and ex-president of Liberia. And the list goes on and on.

Update (9/05/2013, 11:14 a.m. PDT): In the October 2013 issue of Cosmopolitan, Jennifer Lopez finally spoke about her controversial gig: “I am human, and of course, sometimes I make mistakes,” she said. “When I am wrong, I will learn the lesson and move on to face other challenges.” The Cosmo piece does not mention whether Lopez has decided to donate the performance fee (Lopez’s publicist did not respond to a request for comment on this subject).

“Many commentators and groups recommended that Jennifer Lopez donate the dictatorship-stained money to deserving human rights groups that work in that region and beyond,” the HRF statement in response to the Cosmo interview reads. “Unfortunately her reaction to the public’s outrage is worse than her pratfall. JLo is utterly tone deaf on matters of human rights. She didn’t even bother apologizing. Ironically, the Turkmen rapper Maro was sentenced to two years in prison by JLo’s paymasters for singing against the Turkmen regime…JLo would rather keep the millions than protect her brand reputation.”