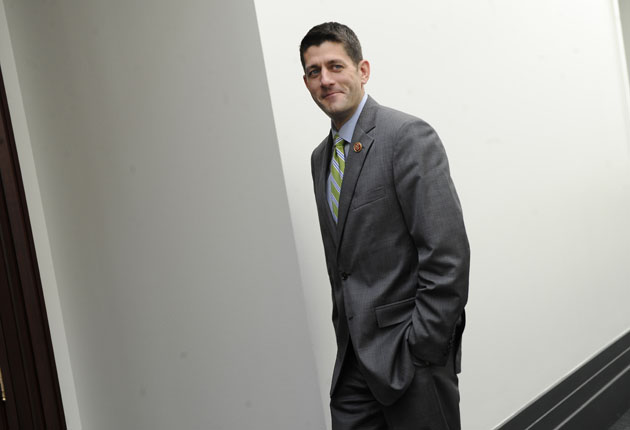 Democrats aren’t ready to let Republicans forget the crisis conservatives created when they shut down the government and threatened to breach the debt ceiling earlier this month. During the first public meeting of a new budget conference committee, created as part of the deal to reopen the government after the shutdown, held in the basement of the US Capitol Wednesday morning, Democrats took every opportunity to pummel their Republican colleagues for creating fiscal instability. “It was just two weeks ago today that we ended the shameful government shutdown and the threats to default on our nation’s debt,” Rep. Chris Van Hollen (D-Md.), the ranking member of the House Budget Committee, said. “I hope every member of this committee—Democrat and Republicans alike—will put away threats to future shutdowns and default.”

“We are still recovering from the worst recession in our lifetime and a foolhardy shutdown,” Sen. Sheldon Whitehouse (D-R.I.) chimed in later.

Most of the Republicans on the committee refrained from discussing the recent shutdown, though Lindsey Graham (R-S.C.) broke the silence and warned that his party-mates must reach an accord, lest they repeat that failed tactic next time funding expires in January. “Let’s pledge to do this: not shut the government down,” he said.

That shutdown debacle left the Republican Party bruised and worried for the first time that their House majority might be at risk in 2014. Their poll numbers took a nosedive, with Gallup finding a record low approval rating of just 28 percent for the GOP during the shutdown. The lone victory they claimed was convincing the Democrats to hold a budget conference, which was not much of a concession since Democrats had spent the entire summer begging Republicans to negotiate with them.

Republicans’ standing with voters might have diminished, but the majority of conservatives on the conference committee are sticking to their old ways, demanding that any sort of budget deal exclude new revenues. “I want to say this from the get-go,” said Rep. Paul Ryan (R-Wisc.), wielding an oversized gavel in his role as chair of the conference committee. “If we look at this conference as an argument about taxes we’re not going to get anywhere.” He regurgitated the standard Republican line that the only acceptable way to increase government revenue is to lower the tax burden on the country’s wealthiest (a.k.a. job creators, in Republican parlance).

Liberals had pinned their hopes of reaching a budget deal on Rep. Tom Cole (R-Okla.) prior to the meeting, as the Republican had tacitly endorsed new tax revenues last week. But on Wednesday Cole slowly backtracked. “More revenue doesn’t and shouldn’t mean higher taxes,” he said. Instead, Cole suggested a corporate tax holiday or leasing federal land and offshore sites for oil drilling as acceptable means to bring more money into federal coffers.

Every Democrat on the panel warned of the ills that would result from continuing sequestration, the Draconian cuts imposed after the 2011 debt ceiling conflict, and emphasized that replacing those cuts must be the committee’s main priority. “I agree with those who say the very least this conference should be able to do—the absolute minimum—is find a way to come together around replacing sequestration and setting a budget level for at least the short-term,” said Sen. Patty Murray (D-Wash.). Many Republicans shared that negative assessment of the sequester’s impact and most voiced a willingness to tinker with the spending cuts dictated by the Budget Control Act (BCA), the legislation that imposed sequestration. But it was crystal-clear that Republicans won’t budge from the overall cap imposed by that act, dashing any hopes that, with the economy still fragile, they might be convinced to ditch their deficit obsession. “I think it’s vitally important that we preserve the savings that are embodied in the BCA,” Sen. Pat Toomey (R-Penn.) said, summing up the Republicans’ position. “Let’s remember, this was a promise made to the American people.”

Democrats have vowed to stand by their refusal to fund the government long-term unless sequestration is fixed, but, if those deficit caps are set in stone, one side or the other is going to have to give. Either Republicans will need to become more amenable to raising tax revenues or Democrats will have to concede that the sequester is here to stay. Otherwise, we’ll be staring down another looming government shutdown come January.