Sugar kills. The delicious white crack has been linked to obesity, heart disease, type 2 diabetes, cancer, and Alzheimer’s. So what’s a person with a sweet tooth to do? Artificial sweeteners are a tempting choice, since they don’t have calories or rot your teeth, and they’re recommended for people with diabetes. But some of the fake stuff comes with its own potential health risks: Links to cancer in animal studies, reported side effects of dizziness and headaches, and exacerbated stomach problems, to name a few. And in one case, an artificial sweetener that the FDA had proposed banning was kept on the shelves after an aggressive advertising campaign from the pro-sweetener lobbying industry. Peggy Ballman, a spokesperson for Splenda, tells Mother Jones that, “We always encourage people to make informed choices by reviewing the credible research available.” So without further ado, here’s everything you need to know about the safety of your favorite fake sugar. 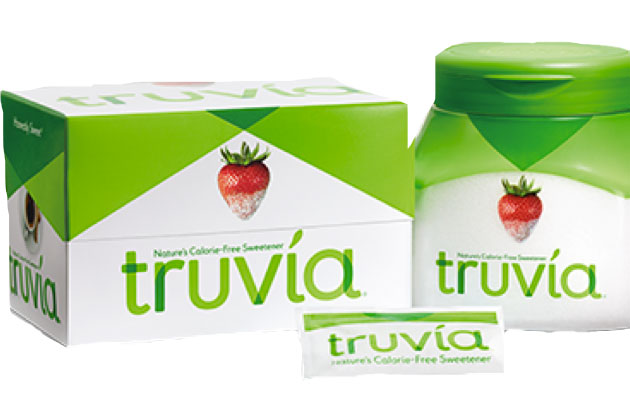 What is it? Stevia is short for Stevia Rebaudiana, a plant from the Chrysanthemum family that grows in parts of Brazil and Paraguay. The compound that makes the Stevia sugar is extracted from the leaves. It’s used in the EU, East Asia, Russia, Mexico, Israel, and many South American countries, and is about 200 to 300 times sweeter than sugar.

When did the FDA approve it? In the 1990s, the FDA rejected Stevia as a food ingredient after research linked it to reproductive problems and possible genetic mutations in rats. In 2008, the FDA approved a specific formula of pure Stevia—Rebaudioside A. PureVia and Truvia both contain the Reb A version of Stevia, which is FDA-approved. The FDA recommended daily dosage is no more than 1.3 milligrams per kilogram of body weight, for healthy adults. You’d need to have at least 29 Truvia packets a day to exceed that.

What do the experts say? If your Stevia isn’t made from Reb A—like, for example, the whole-leaf extract version that’s sold at natural food markets and labeled as a “dietary supplement”—it hasn’t been vetted for safety by the FDA. For Truvia and PureVia, the FDA concluded with “reasonable certainty that Reb A is not harmful under its intended conditions of use” based on studies it looked at concerning reproductive, blood pressure, and toxicity effects. Although scientific studies in the 1960s and 1980s found that Stevia-derived products decreased fertility in female rats and potentially led to mutations, the FDA concluded that those problems didn’t apply to Reb A, based on additional research. (The World Health Organization has also determined that Reb A has no cancer link.) The FDA did note that one form of Stevia was deadly to rats at a dose of 15,000 milligrams per kilogram of body weight, but that’s an enormous amount of Stevia. Atalanta Rafferty, a spokesperson for Truvia, says that “A panel of independent experts reviewed a dossier of all available toxicity and safety information relevant to Truvia stevia leaf extract, and concluded that Truvia stevia leaf extract is safe.” Pura Via says on its website that, “An extensive library of more than 85 studies exists for Reb A and other components of the stevia plant which supports Reb A’s use in tabletop sweeteners.” 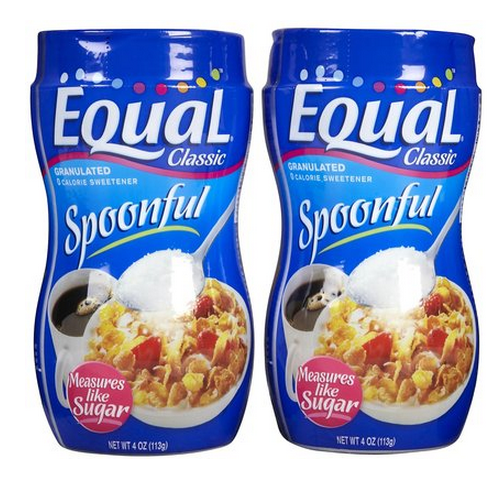 What is it? Aspartame is made up of two amino acids, aspartic acid and phenylalanine, and methanol, all of which are found in common foods. It’s about 200 times sweeter than sugar.

When did the FDA approve it? It was approved in the United States for limited use in 1974. But if you’re taking more than 50 milligrams per kilogram of body weight a day, you’re exceeding the FDA’s recommended daily limit. (A 165-pound person would have to be drinking more than 20 cans of diet coke to exceed that.)

What do the experts say? Aspartame has been controversial for decades. In 1987, the Government Accountability Office investigated the FDA after the sweetener was approved. It determined that the “FDA adequately followed its food additive approval process,” but noted that 12 of the 69 scientists interviewed by GAO expressed “major concerns” about aspartame’s safety.

In 2006, cancer researchers in Bologna, Italy, released the results of a $1 million, seven-year study of the use of aspartame in rats. The team found that, at a dosage equivalent to a 150-pound person drinking at least four 20-oz bottles of diet soda daily, the sweetener caused cancer in the animals. But the FDA shot down the study, noting that the researchers wouldn’t give them all of their information, and found major shortcomings in the data that was available. According to the FDA, five other cancer studies found that the sweetener was safe. The American Cancer Society says on its website, “Aside from the possible effects in people with phenylketonuria [a rare genetic disorder], there are no health problems that have been consistently linked to aspartame use?” but adds that “research continues.” The Center for Science in the Public Interest recommends that Americans avoid it on the basis that the independent studies have found that consumption of aspartame causes cancer in rodents (although again, not in humans), and it’s been anecdotally linked to other health issues. In a 2002 FDA report, reported aspartame side effects included nausea, heart palpitations, headaches and depression, among other things. NutraSweet and Equal both say that its products are very safe. “Aspartame offers one simple step in helping people move closer to achieving a more healthful diet,” notes NutraSweet’s website. 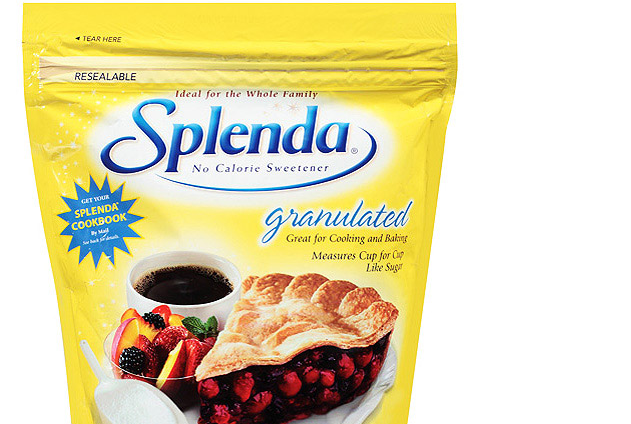 What is it? Sucralose is a chemical that’s produced by chemically reacting sugar with chlorine. It’s about 600 times sweeter than sugar.

When did the FDA approve it? Sucralose was approved in 1998. The FDA recommended daily dose is 5 milligrams per kilogram of body weight.

What do the experts say? There have been more than 110 studies on sucralose over a 20 year period, and the American Cancer Society says the studies have shown “no evidence that these sweeteners cause cancer or pose any other threat to human health.” The Center for Science in the Public Interest says that “sucralose is safer than aspartame, saccharin, acesulfame-K, and cyclamate,” but notes that people with inflammatory bowel disease and other gastrointestinal issues should try avoiding the substance, since it’s been known to aggravate symptoms (Peggy Ballman, a spokesperson for Splenda, says that this finding “is not consistent with the extensive data base on sucralose and its more than 20 years of safe use.”) In 2008, Duke University researchers also found that Splenda can harm intestinal bacteria, although that study was funded by a pro-sugar lobbying group, and Ballman says that “no regulatory agency has acted on the results from that study.” In 2012, the same controversial research team in Italy that busted aspartame announced that sucralose increases cancer in rats, but the results of the study have not yet been published in a peer-reviewed journal. “In contrast, more than 110 studies [have] proven the safety of Sucralose. Worldwide authorities, including the US Food and Drug Administration, the European Food Safety Authority, Health Canada, and the World Health Organization, have reviewed these studies and confirm that results show no link between sucralose and any form of cancer,” says Ballman. 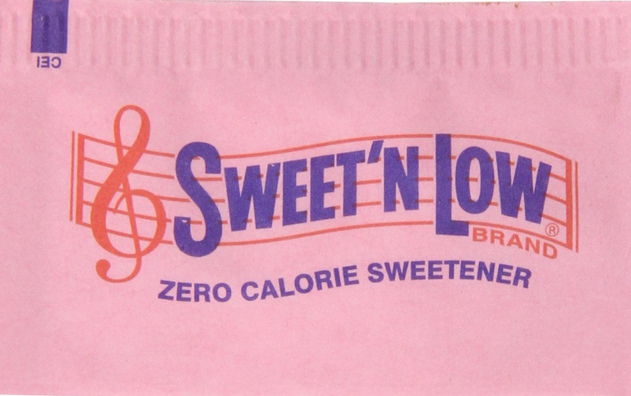 What is it? Saccharin is made from benzoic sulfilimine, a chemical compound that was accidentally discovered in 1879 when a professor, Constantin Fahlberg, was analyzing coal tar at Johns Hopkins University. He spilled saccharin on his hands and later noticed that the bread he was eating at dinner tasted sweeter, according to Elmhurst College. Saccharin is 200 to 700 times sweeter than sugar.

When did the FDA approve it? Saccharin has been around since before the FDA governed food additives, but the FDA has put the acceptable daily limit at 5 milligrams per kilogram of body weight. A 150 pound person could consume 340 milligrams of saccharin per day, which is equal to more than 48 12-ounce servings of Diet Wild Cherry Fanta.

What do experts say? In the 1970s, tests showed that high doses of saccharin caused bladder stones in rats, which could lead to bladder cancer, particularly in male rats. Studies after that found similar results. Initially, the FDA proposed banning the substance—but on Congress’ recommendation in November 1977, the FDA kept it on shelves, with warning labels that the sweetener was found to be a carcinogen. According to Christopher Foreman, Jr.?, a senior fellow at the Brookings Institution, a number of congress members fought against actually banning the substance, pushed along by the Calorie Control Council, a sugar substitute and diet-food lobbying group, which “launched an advertising campaign ridiculing both the FDA and the studies on which it based its decision.” In 1991, the FDA finally stopped proposing to ban the sweetener, and in 1996, the warning labels were done away with. In 2000, the US National Toxicology Program’s Report on Carcinogens finally removed saccharin from its list. According to the National Cancer Institute, “the bladder tumors seen in rats are due to a mechanism not relevant to humans [and] there is no clear evidence that saccharin causes cancer in humans.” Stephanie Meyering, a spokesperson for Sweet’N Low, says, “Saccharin is the one of the most thoroughly tested food ingredients in the world and it has the longest safe human consumption record among non-nutritive sweeteners.” The Center for Science in the Public Interest isn’t convinced and puts it on its list of substances to “avoid.”