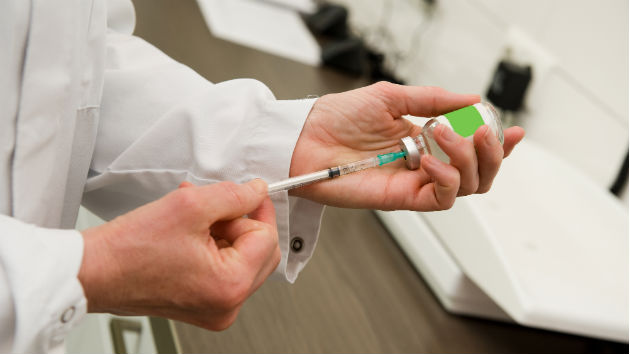 Last week’s botched execution of Clayton Lockett in Oklahoma has heightened the debate over lethal injection. The United States has encountered a shortage of the drugs historically used in capital punishment as pharmaceutical companies have largely refused to make them, export them, or sell them to prisons for use in executions. Death row inmates have filed dozens of challenges to the lethal injection protocols that states have sought to keep secret. Meanwhile, states are trying ever more desperate measures to procure the old drugs or cook up new cocktails to try on inmates.

But as Lockett’s torturous execution showed, the drugs are only part of the problem. In his case, prison staff apparently failed to properly insert the IV into his femoral artery—a procedure that requires professional medical skills—and the drugs were injected into soft tissue rather than the bloodstream, leaving him writhing in pain and forcing officials to halt the execution. (He ended up dying of a heart attack, anyway.)

Historically, lethal injection has been plagued with problems just like those that occurred in Lockett’s case, and they are due in large part to the incompetence of the people charged with administering the deadly drugs. Physicians have mostly left the field of capital punishment; the American Medical Association and other professional groups consider it highly unethical for doctors to assist with executions. As a result, the people willing to do the dirty work aren’t always at the top of their fields, or even specifically trained in the jobs they’re supposed to do. As Dr. Jay Chapman, the Oklahoma coroner who essentially created the modern lethal injection protocol, observed in the New York Times in 2007, “It never occurred to me when we set this up that we’d have complete idiots administering the drugs.”

States typically have had few requirements for those serving on an execution team. At one point, in Florida, the only criteria was that a potential executioner be at least 18 years old. Wardens, prison guards, phlebotomists, paramedics, and nurses are sometimes in the mix. After botched executions, judges have occasionally ordered states to have a board-certified anesthesiologist involved—a requirement that tends to prompt a moratorium because few of those doctors will participate. The actual makeup of execution teams is often a state secret that officials work hard to conceal. Not surprisingly, although things often go wrong, individuals are rarely held accountable. On the rare occasions when details about execution teams are released, they only seem to confirm Chapman’s observation. Here are a few examples of what’s known about people who’ve been involved in administering lethal injections over the years.

By far the most notorious individual in the history of lethal injection, Dr. Alan Doerhoff was the dyslexic surgeon who oversaw 54 executions in Missouri, where he alone was in charge of deciding how to kill people. Doerhoff was the subject of more than 20 malpractice lawsuits during his career, and he was disciplined by the state medical board for concealing lawsuits from a hospital where he worked. Two Missouri hospitals banned him from practicing in their facilities.

The state worked for years to keep Doerhoff’s identity secret. But in a legal challenge by a Missouri death row inmate, he was forced to testify and eventually was unmasked. In his testimony he admitted that his disability made it hard for him to properly combine the death drugs, which he sometimes mixed up, and that, on his own, he’d started “improvising” and reducing the amount of anesthesia given to condemned prisoners by half. Unbelievably, the federal government actually used Doerhoff to create the protocols for federal executions and to oversee them. (He reportedly oversaw the execution of Oklahoma bomber Timothy McVeigh.)

See page five of this report for a graphic illustration of Doerhoff’s handiwork on Missouri inmate Timothy Johnson—the botched IV catheter insertion into the femoral artery is the same sort of problem that apparently occurred in the Lockett execution. Doerhoff had defended groin insertions as having “all benefit…There’s no way it can fail. And no risk to the inmate.”

A federal judge eventually banned Doerhoff from participating in executions in Missouri, which responded by making it a crime to reveal the identity of a current or former member of the state’s execution team. Doerhoff’s public exposure and track record apparently didn’t prevent Arizona from hiring him to oversee an execution there in 2007.

In 2006, testimony in another federal challenge to lethal injection revealed that the execution team leader at California’s San Quentin State Prison had been disciplined for smuggling illegal drugs into the facility before he was put on the team. Another team leader had been diagnosed with and was disabled by post-traumatic stress disorder, a problem hugely amplified by participating in executions.

After the botched 2005 execution of Stanley Tookie Williams in California—his vein collapsed after several unsuccessful attempts to insert an IV—the nurse responsible for the IV issues said that the execution team responded to the problems by saying “shit does happen.”

In Maryland, during a legal challenge to that state’s lethal-injection protocol, it was revealed that the person responsible for injecting drugs into the condemned man had been fired by a local police department after refusing to cooperate with an internal investigation. He had also been charged with poisoning and killing a bunch of neighborhood dogs. This apparently made him the perfect person to join the Maryland execution team, which also included someone who’d been suspended for spitting in inmates’ food before it was given to them.

Richard Dieter, director of the Death Penalty Information Center, says that in the wake of all the litigation over their lethal-injection protocols, states have attempted to at least provide better training for the people on their execution teams. But given how few people are really interested in becoming professional killers, especially the doctors needed to make sure the process goes smoothly, botched executions are likely to continue, regardless of what sorts of drugs the states come up with.