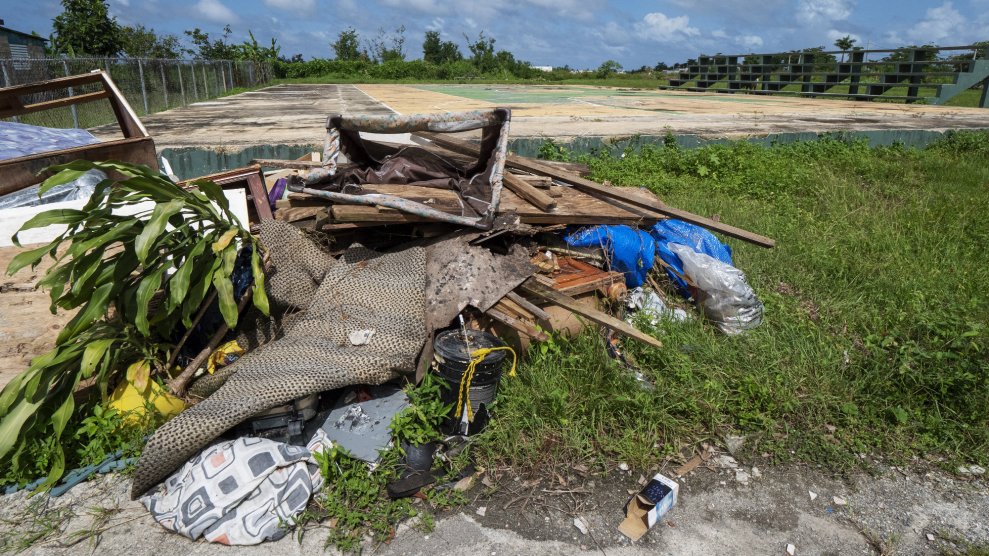 The Pentagon’s plan to steer $3.6 billion from the military construction budget toward President Donald Trump’s border wall could delay up to 146 projects at home and abroad, including major maintenance efforts in Maine, North Carolina, and Virginia. But no region stands to lose more than Puerto Rico.

The island commonwealth, still recovering from the damage from Hurricane Maria and its financial crisis in 2017, has more than $400 million in funding that could be diverted toward wall construction, by far the most of any single US state or territory. Guam, another US territory, would be the next hardest-hit with nearly $260 million in limbo, until the Pentagon decides which projects to put on hold. The Wall Street Journal analyzed the list of at-risk projects released by the Defense Department last week and found that “slightly more than half” of them are located “either in foreign countries or US territories lacking a congressional vote.”

For more than a month, the Pentagon would not say which projects could be affected by Trump’s declaration of an emergency at the southern border. After several inquiries from lawmakers, the department finally released a list last week of all construction projects that have not yet tapped into the funding they were allocated from Congress, totaling some $12.9 billion. Not all of them are necessarily on the chopping block. Military housing projects would be spared, defense officials said, as would projects the department plans to award to contractors before the end of this fiscal year.

Those that remain add up to $4.4 billion, including roughly $200 million in Puerto Rico “for a National Guard Readiness Center and other work at Camp Santiago, which was heavily damaged by Hurricane Maria in 2017,” the Journal reported. Eighteen months after Maria, a Category 5 storm, devastated the island, Trump has feuded with Puerto Rico’s leaders, disputed an official death toll by saying Democrats inflated it “in order to make me look as bad as possible,” and reportedly attempted to illegally cut off disaster aid to residents. As the Washington Post reported in January, Trump blew up in late September due to his false belief that Puerto Rico was using federal aid money to pay off debt:

Trump told then-White House Chief of Staff John F. Kelly and then-Office of Management and Budget Director Mick Mulvaney that he did not want a single dollar going to Puerto Rico, because he thought the island was misusing the money and taking advantage of the government, according to a person with direct knowledge of the discussions who spoke on the condition of anonymity to describe sensitive internal deliberations. Instead, he wanted more of the money to go to Texas and Florida, the person said.

It’s not the first time Trump has tried to deny federal assistance to Puerto Rico. During a congressional spending fight in spring 2017, Democrats attempted to prop up the island’s struggling Medicaid program with emergency funding. Trump tweeted, “Democrats want to shut government if we don’t bail out Puerto Rico and give billions to their insurance companies for [Obamacare] failure. NO!” Lawmakers eventually agreed to send $295 million to Puerto Rico, but the island filed for bankruptcy anyway.