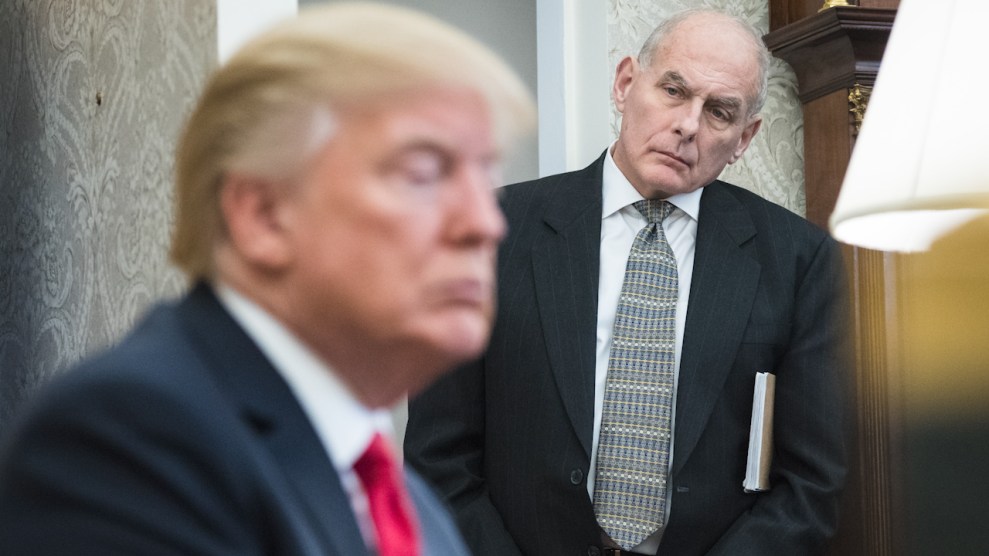 Presidential tweet update, 11:10 am EST: As predicted, Trump is not pleased.

The president responded on Twitter by declaring that he couldn’t have fired Kelly “fast enough.” But that’s questionable, at best. Kelly served as White House chief of staff for nearly 18 months, making him Trump’s longest-serving chief of staff to date.

….which he actually has a military and legal obligation to do. His incredible wife, Karen, who I have a lot of respect for, once pulled me aside & said strongly that “John respects you greatly. When we are no longer here, he will only speak well of you.” Wrong!

It took more than a year after his removal as the White House chief of staff, but John Kelly appears to have finally found some courage to speak out against Donald Trump.

“[Vindman] did exactly what we teach them to do from cradle to grave,” Kelly told the audience at the Mayo Performing Arts Center. “He went and told his boss what he just heard.”

Although Trump has long insisted that his call to Zelensky was “perfect,” Kelly made clear that Trump indeed conditioned military aid on Zelensky’s help digging up dirt on Democratic presidential candidate Joe Biden.

As for the Trump administration’s immigration policy, which as the former Department of Homeland Security head Kelly had been in charge of enforcing, he once again pushed back on the president, saying that a border wall “from sea to shining sea” was unnecessary. Immigrants are “overwhelmingly good people,” he continued. “They’re not all rapists and they’re not all murderers. And it’s wrong to characterize them that way.”

This isn’t the first time Kelly has politely distanced himself from the administration’s hardline immigration stance. But as my colleague Ari Berman noted when Kelly spoke to the Los Angeles Times shortly before his departure from the White House in 2018, much of that effort appeared defensive, rather than some brave takedown of his former boss:

Kelly’s remarks at the end of his tenure appear to be self-serving, blaming others for policies that he supported. He aggressively defended the administration’s Muslim ban as homeland security secretary, saying “The thinking was to get it out quick so that potentially people that might be coming here to harm us would not take advantage of some period of time that they could jump on an airplane and get here.”

He also helped devise the policy of separating immigrant parents from their children, saying it would be “a tough deterrent” to migrants thinking of crossing the border.

So, make what you want of Kelly’s latest. But one thing’s for sure, Trump isn’t going to like it.