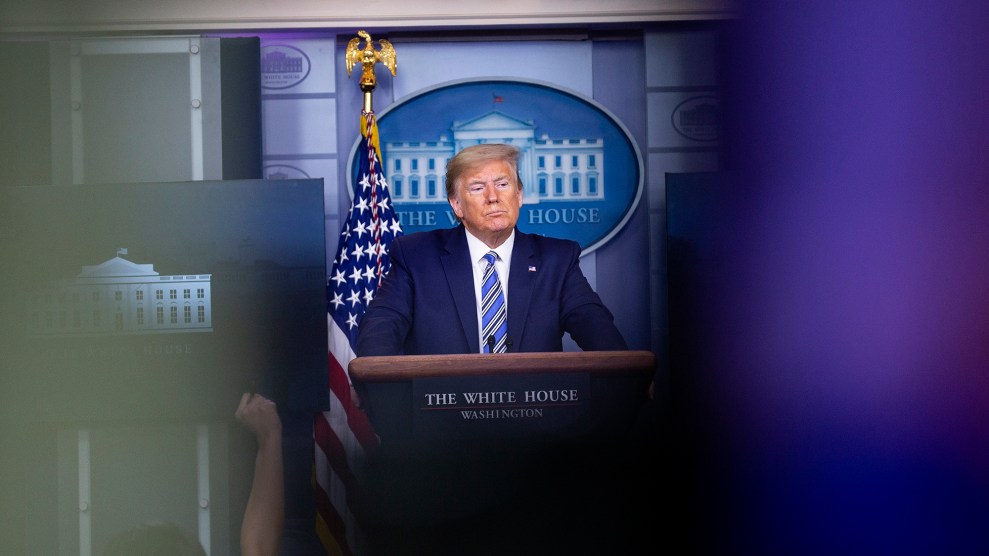 In January 2017, after Donald Trump eked out his electoral college victory but before he took office, the Office of the Director of National Intelligence released a report outlining what the CIA, NSA, and FBI knew—and could say publicly—about Russian attacks on the 2016 election. The report concluded that the Russian government orchestrated the assault at the direction of Vladimir Putin and that one Moscow aim was to bolster Trump’s campaign.

“Russian interference in the 2016 election is a fact.”

Trump has consistently denied or discounted the findings in the years since as a “deep state” plot to undermine him. But a new report released Tuesday from the Republican-led Senate Intelligence Committee gave the report an overall blue ribbon seal of approval. The committee, after years of investigations, interviews with relevant officials, and an exhaustive review of the intelligence that underpinned the report’s conclusions found that it was professionally produced free of political pressure and that its assessments were an accurate representation of what the government knew.

“The Committee found the [report] presents a coherent and well-constructed intelligence basis of unprecedented Russian interference in the 2016 U.S. presidential election,” according to the Senate investigators. “The Committee concludes that all [redacted] analytic lines are supported with all-source intelligence, although with varying substantiation. The Committee did not discover any significant analytic tradecraft issues in the preparation or final presentation.”

The committee’s findings refute Trump, specifically affirming the conclusion that Putin “approved and directed aspects” of the Russian attacks on the election, that the Russian operation was designed to harm Hillary Clinton’s chances in the election, and “that Putin and the Russian Government demonstrated a preference for candidate Trump.”

The report is the fourth volume generated by the Senate committee’s investigation of the Russian attacks on the 2016 elections. Previous reports have documented Russian attacks on US election infrastructure, Russian use of social media, and the US government’s response to Russian activities. The White House did not respond to a request for comment.

Sen. Richard Burr (R-N.C.), the committee’s chair, said in a statement that the January 2017 report “reflects strong tradecraft, sound analytical reasoning, and proper justification of disagreement in the one analytical line where it occurred” and that the panel “found no reason to dispute the Intelligence Community’s conclusions.”

Sen. Mark Warner (D-Va.), the committee’s vice chair, said in a statement that the January 2017 report “represented the kind of unbiased and professional work we expect and require from the Intelligence Community.”

One key point made in the committee’s analysis is that the now infamous memos provided to the FBI by Christopher Steele, a former British intelligence officer, were “not used in the body of the [report] or to support any of its analytic judgments.” Instead, following a debate among the intelligence agencies over whether and how Steele’s materials might be included, a summary of his investigation was attached in a classified annex, the committee wrote, “as a compromise to FBI’s insistence that the information was responsive” to the request from President Barack Obama that prompted the 2017 report, which included a call to include all information related to Russian interference in the 2016 election.

The Steele dossier, which was partially funded by Democrats, has been at the center of Trump’s false claims that the FBI improperly spied on him and his campaign and that the FBI’s investigation of links between the Russian effort and the Trump campaign was launched under false pretenses.

Sen. Ron Wyden (D-Ore.), a member of the committee with a track record of tough oversight of the intelligence agencies, noted in comments included with the report that he’s always “refused to assume the accuracy of intelligence assessments” like the one released in January 2017, and has instead “endeavored to always ask the hard questions.”

“That’s what this report does,” Wyden wrote. “The findings are not a ‘hoax.’ They are not in doubt because, as Donald Trump stated, Vladimir Putin ‘very strongly’ denies them. Russian interference in the 2016 election is a fact and Donald Trump’s deference to Putin only serves to further Russian disinformation and undermine efforts to defend the United States against ongoing attacks.”

Wyden added that Tuesday’s report also “provides additional evidence against Donald Trump’s false assertions regarding Ukraine,” including comments he made on a July 2019 phone call with Ukrainian president Volodymyr Zelensky that prompted his impeachment suggesting that country, rather than Russia, had played a role in hacking the DNC in 2016. As Wyden notes, the GOP-controlled intelligence committee conducted an “extensive examination of the intelligence demonstrating Russia’s intrusions” in to DNC computer networks, confirming the January 2017 findings of Russian culpability. As Wyden writes, the conclusion “is fundamentally incompatible with Trump’s conspiracy theories about Ukrainian involvement, for which there is no supporting evidence of any kind.”